Back in June those involved with junior volleyballs were invited to a meeting to discuss setting up the JuVoTo events for the coming season. There were attendees from club across the region including Bemi, Taunton, PMVC, Weston, Wessex, Royal Wootton Bassett and Calne with apologises from several other clubs.

All the clubs represented were keen to have competitive volleyball for their juniors and most had seen a significant growth in the number of juniors at their club.

Due to the extension of COVID-19 restrictions it was decided that it was not practical to put on a series of events over the summer. However everybody felt that indoor JuVoTo tournaments should go ahead (subject to there being no tightening of restrictions). As clubs were seeing more junior participation, it was felt that tournaments should be held at larger venues although an alternative might be to hold two satellite events at smaller venues on the same day (ideally in different parts of the region, for example events at Royal Wootton Bassett and Plymouth). 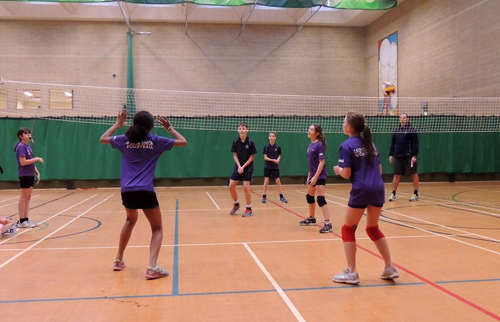 There was some discussion about whether the format of the events need to be modified in particular to reduce the burden on hosts. In particular it was felt that late entries had been a problem and clubs needed to be recognise the work involved in adding (yet) another team the night before the event.

It was agreed that the dates for JuVoTo could not clash with the IRC training events but there was probably few juniors who would want to compete in JuVoTo and attend the national camps. Therefore the following weekends (in the recent past JuVoTo events have mainly been on a Saturday) have been proposed for JuVoTo events:

Until a  Junior Development Officer can be found, Neil Bentley is coordinating the JuVoTo. What we need now is for clubs to volunteer to host an event. The club will need to agree to the SWVA event licence (available to logged in users).