Changes to rules of the game approved by FIVB World Congress 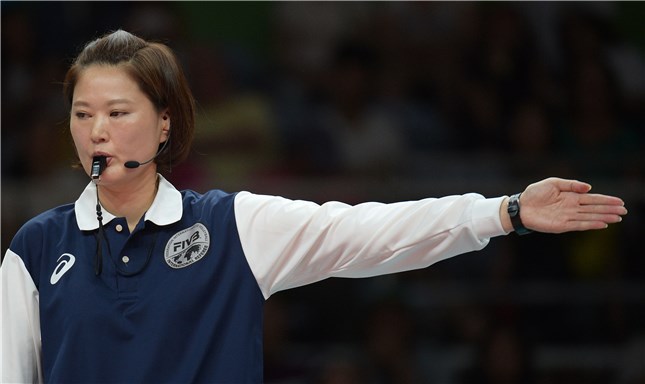 The President of the FIVB Refereeing and Rules of the Game Commission, Guillermo Paredes, presented the proposed changes to Congress delegates on Saturday 6 February 2021. The proposals were approved with 160 votes for, 3 against and 1 abstention.

A change to volleyball Rule 15.8 was also approved to prevent a team which has already exhausted its six substitutions from being left incomplete by the expulsion or disqualification of a player. As such, teams will now be able to play a substitute in the event of a player on court being expelled or disqualified regardless of the number of substitutes already used.

Meanwhile, in both volleyball and beach volleyball, Rule 9 on playing the ball, which previously specified that the ball can be recovered by the team over the scoring table, but only on the half of the table that is on their side of the court, was corrected. This change will ensure even more spectacular rallies by allowing players to jump over the scoring table without being interrupted by a former technicality of Rule 9.

In addition, Rule 14.6 in both volleyball and beach volleyball was modified to allow simultaneous contact by the blocker and attacker on the attacker’s side of the net, and therefore improve the flow of the game.

Normally, the Official Volleyball Rules and Official Beach Volleyball Rules come into force three months upon the approval of the Congress. However, due to the postponement of the Olympic Games Tokyo 2020, the implementation of these new rules will begin on 1 January 2022.

All changes to the official volleyball rules can be found at: https://www.fivb.com/en/about/news/changes-to-rules-of-the-game-approved?id=92180