What a Result!! FIVB World under 17 Championships Acapulco 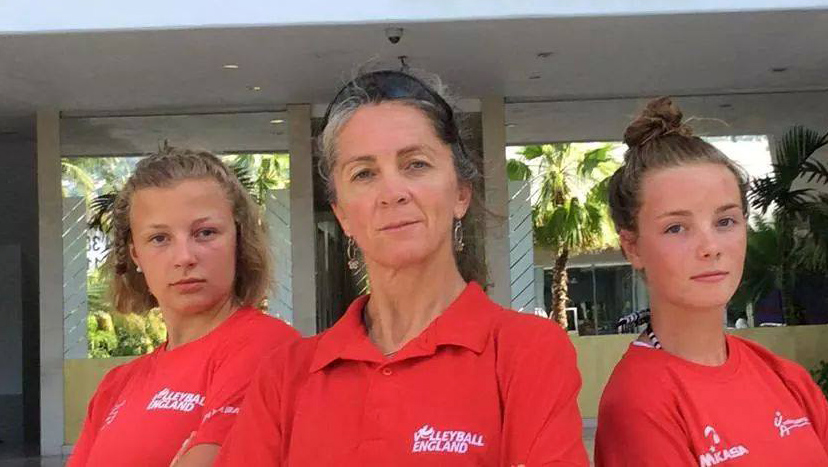 On arriving in Acapulco, there were many familiar faces for me and the girls. Their experience in the European Qualifiers in Portugal with Freda Bussey coaching meant they had forged new friends and an understanding of European Volleyball, now they were stepping onto the World stage with those new friends. Me- encountering old sparring partners in our new coaching roles.

Within 24 hours of arrival in Acapulco, a good friend and mentor of mine Kerri Pottharst gave me her book ‘The Business of Being an Athlete.’ This summed up the experience of our time in Mexico.

From the cancelled flights, to illness and related fatigue, to dehydration, humidity, improved medical bag, public and shuttle transport, local guardia with guns, food, sand, opponents, drawing of lots, team talks, coaching on the side, medical time outs, the value of breathing, body boiling point and pushing beyond it, ignoring the brain when it doesn’t want to play, cool downs and pool recovery, winning and losing games and their value at this level, what to learn from every experience, the power of the mind and most importantly how we bounce back-all of us. 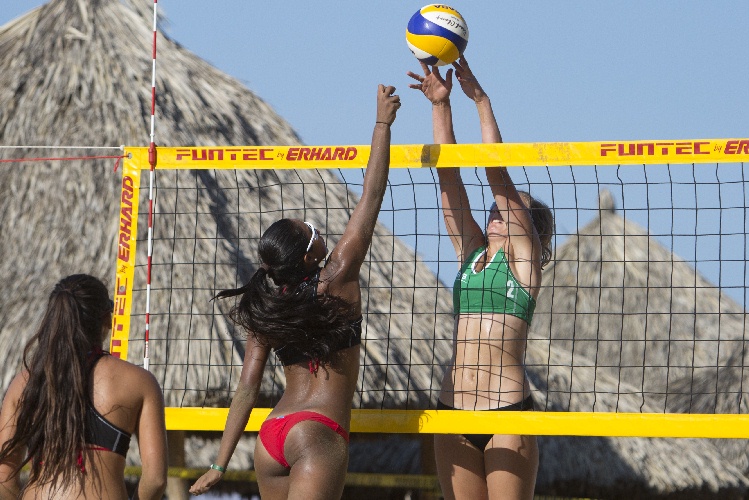 This experience has empowered us all and we know England and it’s Beach Volleyball will be all the better for it. We could not have done this without every single person who supported us financially, emotionally and physically. THANK YOU.

If you have missed our games and results they can be tracked by clicking http://www.fivb.org/EN/BeachVolleyball/Competitions/U17/2014/ There is also a really good picture gallery for every match at the event. 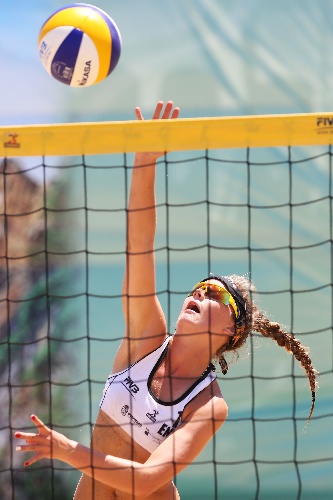 Puerto Rico was our event opener on Wed 16th July and literally it was the first ever match at the first ever FIVB World Under 17’s. A Historic Moment. A tough first set and change of game plan in set two the girls started to realise the value of strategies and sticking to it.
We stayed in the game until crunch time and then got crunched at the last. 21-18.

Anaya who on Monday night going into our rest day on Tuesday came down with an illness and was put out of eating action all day Tuesday. Playing at 09:00 on Wednesay morning wasn’t too hot (and I am talking relatively) but we had to call a medical time out during our second set when the rallies started lasting longer and with ice and an extended time out she played the match out. 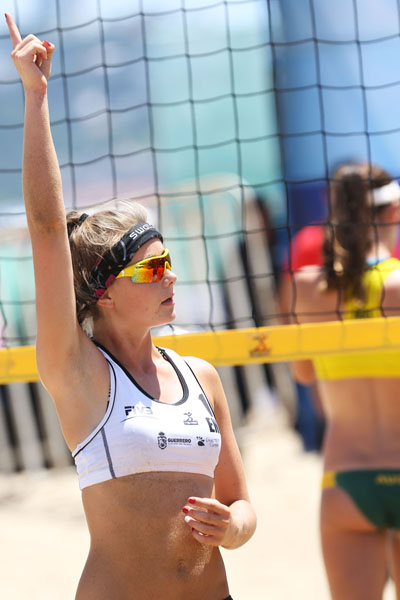 We all know how Anaya celebrates a winning spike, now it’s international

Going into the afternoon game against Australia at 15:00 was a different story. And so began the next learning curve, being close in the first set and not clinching it, taking the second but being so a fatigued that by the third set the concentration and mental abilities and lack of kicked in. Clinical finishing in this heat is key and both players will admit they had opportunities in games and tripped but their frustration at this hurdle although hard to watch as a coach it’s an understandable part of any process of learning the craft of this game.

The following morning, our final pool game, we had Mexico One and in a repeat of the previous afternoon against Australia we went down in three sets losing 15-13 in the last set. What we did learn importantly was adapting styles, re arranging our mind set and playing smarter and specific. In the game, we had the right game plan we just didn’t execute it when we needed to. And so began some recovery time, we fortunately were drawn into the only pool of the six pools with four teams which meant we had one less match than the other teams and we really did need it, This gave us valuable rest time, but in the mean time like dominoes we all came down with a variation of the illness… 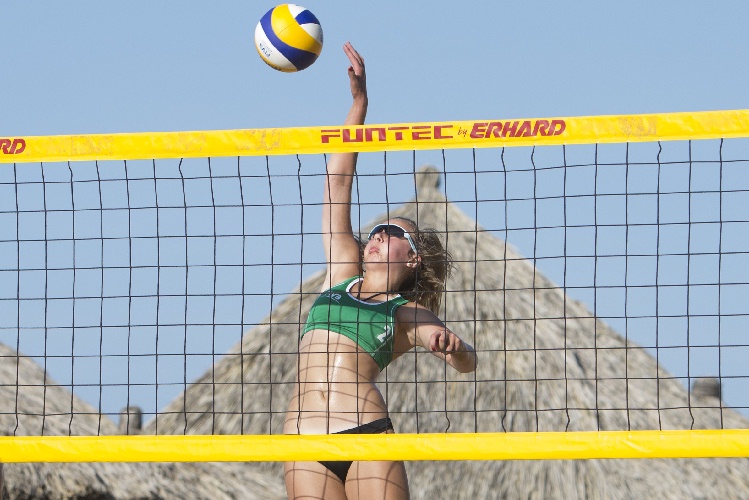 Once all the pools are finished the teams are drawn into the single elimination round and as a fourth place we were drawn against Mexico 2 who finished second in their pool. With the same style of play as Mexico One- we had the game plan – and after three matches of being tantalising close to great game plan execution we now had an opportunity to put into a match a game plan we had rehearsed earlier against Mexico one.

Our match was scheduled for Friday at 17:00. Quietly we all prepared in our individual ways. Anaya staying in the shade until the ref called for captains and then she moved for five minutes before game play. EVERY STEP HAD TO BE CONSERVED. Previous I had been warming up with Yas but was totally unable to so I asked a friendly Mexican crowd if one of them could play and one young guy warmed up with Yas, while I sat still and focused in the shade unable to move or speak that much and conserving every thought for the match.

Totally unorthodox but needs must for a depleted side with little or nothing in reserve except to step onto court. I cannot begin to explain how hard it was- without being ill – but I am in awe of both girls for stepping out in the hottest of conditions under incredible mental duress and being able to sustain their game play and game plan.

The first set we won convincingly, our Mexico one experience totally paying off, and set two although easily within our grasp at the 20-15 end change slipped though our fingers to the 20-18 time out. A gentle word with them selves and Anaya who now was receiving every ball due to the tank being on virtually empty, finally clinched the match for their win. At 21-19. job done. 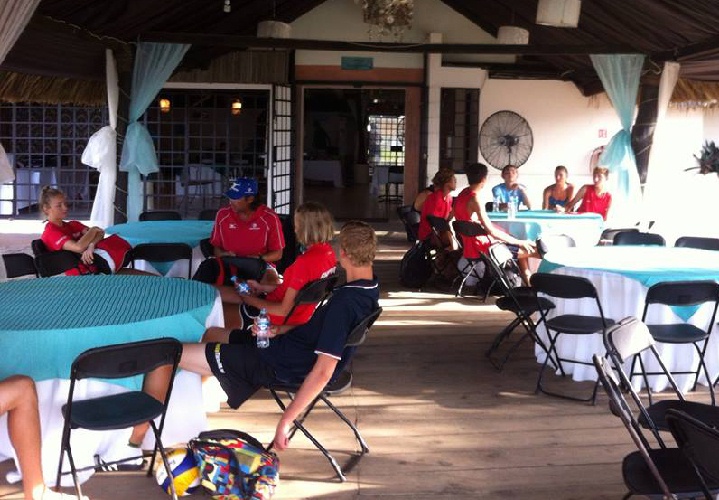 I cried for the first time ever as a coach, buckets! The emotion after all they had been though and my exhaustion really hit home and the toughness of both of them to play under this duress was elated in that moment. I was so proud.

Home debrief and onto the final sixteen. Can I say that again the final sixteen. Although we had some luck in coming out our pool, nothing was lucky about the tribulations they went through, and the wins were so rare to come by. Mexico 2 beat three teams to give themself the highest seed draw and I am sure they felt they had a good draw too. Having been around this game and the system, you get lucky with a draw on paper but the reality of then making that luck count on court are so much harder.

USA next. I had scouted them twice during the pool play and had a fairly certain idea of how to play them, teams had served one player but I was convinced it was the wrong one as they hadn’t won and against them and sometimes you have to take a instinctive move towards trying a different approach. With Mo Glover in San Diego we had a great messenger chat and discussed our game plan. The girls were excited, the expectations are always in single elimination that we were entering this as our final. This team are at another level and the reality of beating them first time out was low (.) Regardless of planning it was a bridge too far for now. It’s only time and experience. 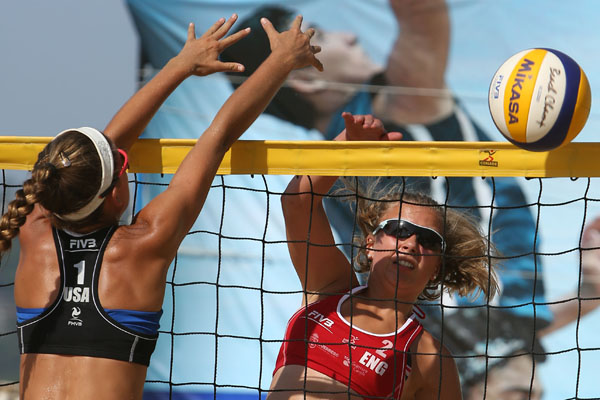 Our goals were to serve tactically, block effectively, understand our defence position and adapt to the level/speed of play as fast as we could. Score double figures-goal one, score 15pts-two, score a set-three…goal one achieved 21-10, 21-13. if we were the GBR teams in 2012 it would have been called competing with credibility. Without doubt we did that. Any beyond.

They were gutted going down in two relatively quickly but they are quite clearly at another level right now. I will say that again RIGHT NOW. What happens from here will depend massively on the experiences when the girls go home, their winter training programmes, their belief that they want to come back next year and next year and next year to compete in Worlds and Eurpoeans year on year through the junior age groups being ejected out after World Under 23’s into the senior side of the game……there is very little between teams and the girls can see that. 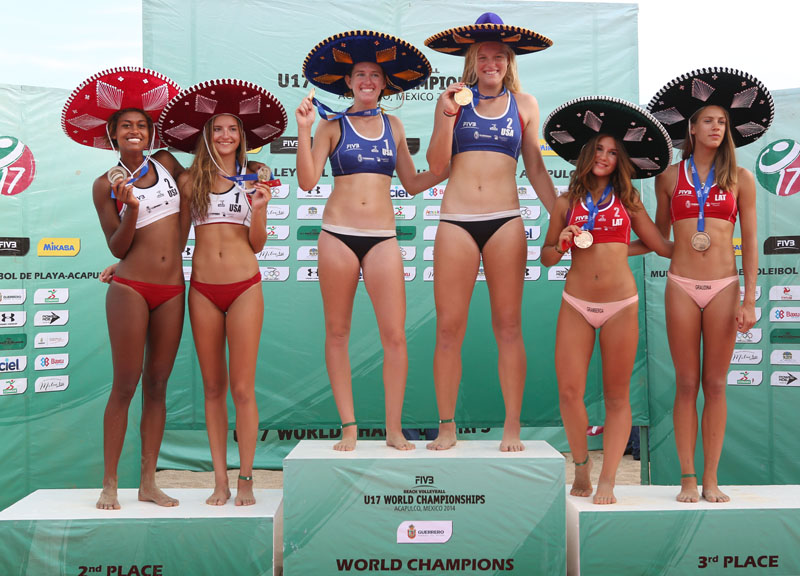 Turkey who the ENG beat 2-0 in Portugal are in the semi final tomorrow. That’s the fine line and who inches over it changes, Russia who finished second in Portugal finished 17th. We finished 9th. The last thing I said to Mo Glover before I left was we are going to get a single digit finish in Mexico. 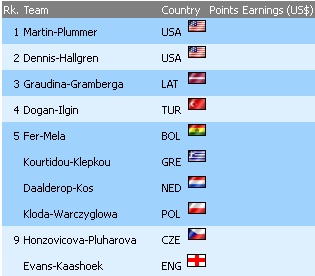 My goal as coach of the National programme was fulfilled by these two talented and ambitious athletes who put their trust in me to go fly to Portugal and then to Mexico on this journey.

Volleyball In England hasn’t been quite sure where it positions itself with beach volleyball, but now is the time like many small nations to consider that beach volleyball offers opportunities to our talented athletes to compete against the best in the world side by side and under stand what it takes to be and become world class. Someone said to me that you need to see this as an investment in what you believe in. Excellence.