In October, I went to India with 13 other students from my school (Kings School Ottery St Mary). We spent 5 days in an orphanage in the mountains in Tamil Nadu (in the south of India).

With me, I took some volleyball equipment that had been bought with money donated by the Exeter Challenge fund. I took out 7 balls, 2 nets and 2 pumps, as the plan was to take the equipment to two different places. 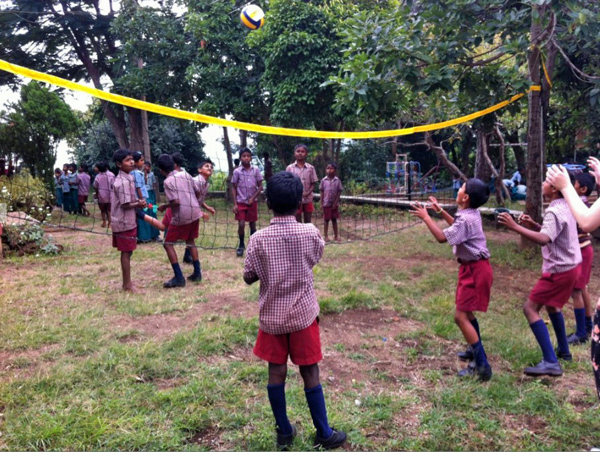 The first place where we donated equipment was the orphanage where we were staying, which was home to 100 girls and boys between the ages of 5 and 10.

We put the net up between 2 trees, as there were no posts there, and nowhere really to put posts up. We tied the net pretty low, as the kids were young so as to make it easier for them.

To start with, it was mainly the boys playing, as there seems to be a pretty big split between girls and boys, but we managed to get the girls playing after some coaxing, and ended up with a girls against boys game.

It was pretty hard to explain anything to them because of the language barrier (they spoke almost no English and we spoke no Tamil!), so it ended up just being a knock the ball around with little technique game. They did seem to get the basic of what to do though which was good, and so we ended up playing quite a bit with them.

The second place where we played quite a bit was at a secondary school supported by the same charity that supported the orphanage. They had posts and a dusty area that seemed to suggest a volleyball court, but no ball or net.

We put up the net, and then the children came out for what I guess was a break time. I didn’t really expect them to have much idea of how to play, but I was pleasantly surprised!

They split themselves into 2 teams, both of which had at least 12 people, so there was little rotation – they all just stood and took the ball if it was near them!

Some of them had surprisingly good skills, particularly in terms of volleying and hitting, although digging was much more swinging arms wildly at the ball and hoping it went up somewhere, and so we managed to get a decent game going.

They also seemed to have a good idea of the rules with more than three touches definitely not being allowed. If that did happen, the other team would immediately grab the ball and serve to start a new point (although little scoring went on). They were also very strict about net touches, with any net touches being immediately penalized! 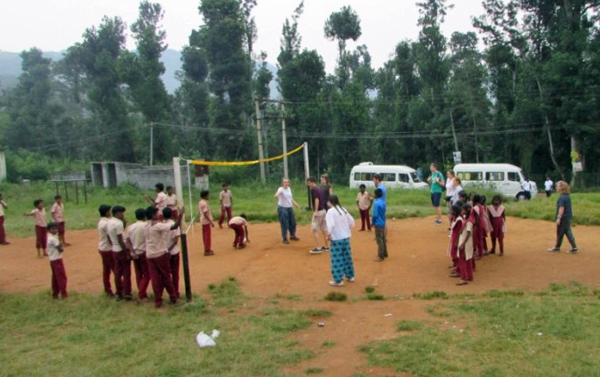 As well as playing, they were all very keen to show us their hitting and blocking skills, with people running up to the net and jumping (often fairly well). This also happened a lot when there was a ball involved, with everyone wanting to hit, although it generally seemed to work and the ball would get over the net! 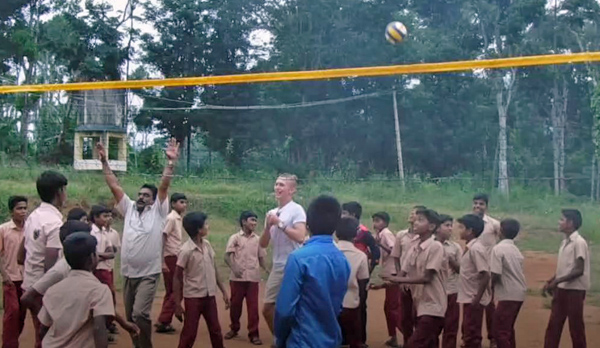 I would not have been able to do this without the money donated and so I am very grateful for the equipment that I was able to take out and donate.

More about the Goodwill’s Project at: http://www.goodwillhomes.org.uk