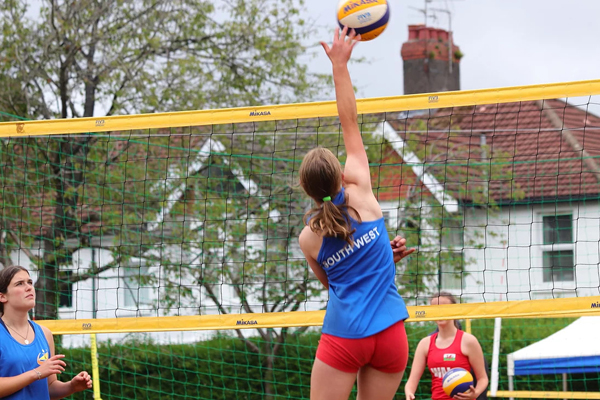 In this year’s Inter-Regionals, we faced hurdles – news of possible cancellation of the event or moving of the competition dates to late in the season. The event was finally able to go ahead thanks to Kate Falkner-Ham for volunteering and taking charge of running the wonderful 2 days of competition for our juniors. Thank you also to her wonderful volunteers; Miki, Leah, Paul and Karl (who kept everyone in check).

The South West took a total of 3 squads to this years IRB. The girls were given a wild card and therefore another team was selected, making the total number of SW girls attending to eight. 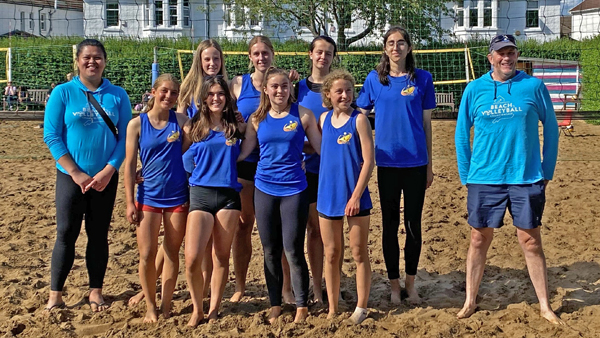 The girl’s competition was initially run with a best of 3 sets and winning set scores as 21,21,15. This made the pool plays overran the schedule and the organisers along with all coaches from participating regions had to make a decision to shorten the sets for the Quarterfinals. The Semifinals and Finals were played to 21,21,15 as originally planned. 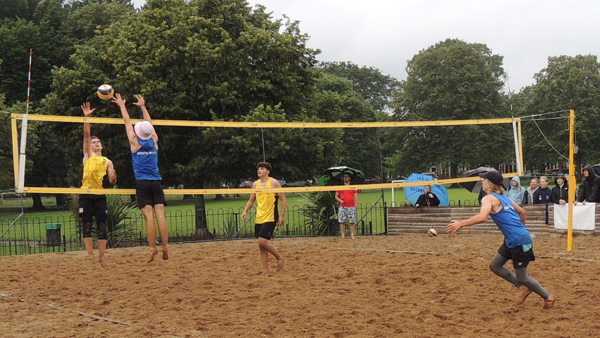 Both our Team 1 and Team 2 fell to our opponents in the Quarterfinals, which means that they played with the other losing teams to decide who will be joint 5th and 7th in the results. Team 1 were beaten by East and Team 2 by South Wales.

Our Team 1 finished 5th place and our Team 2 finished 7th place. Team 1 fought to clinch 5th place as if they are playing a final match. They have not taken the game for granted and did their best to win against London 2. Team 2 who’s opponents were NW/SE also fought hard to get joint 5th but had to forfeit their pair 2 match due to injury and pair 1 lost their match.

They have played some really tough matches against older and some experienced opponents. Both teams showed resilience and enthusiasm in every game which made their coaches proud. Having younger athletes this year made this tournament a good experience for development.  They are all excited to participate again next year. 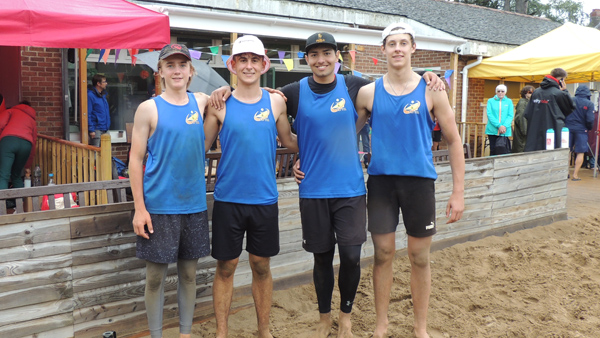 The boys were not given a wild card entry therefore we only travelled with 4 players. These boys were;

Having learnt some lessons from the previous day, the organisers decided to run the boys competition with matches played with best of 3 sets and winning set scores as 15,15,11. Our boys were off to a great start only narrowly losing to East in their pool play. This made us claim 2nd position in our pool which gave us a good advantage on our Quarterfinal positions. 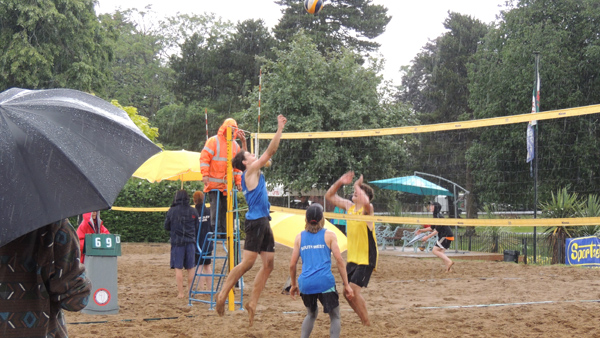 The boys played the final matches simultaneously, both teams won the first set which seemed positive for us but on the court of pair 1, East managed to make a comeback and took the 2nd set. Our pair 2 continued on their winning ways and won their match 2-0. Eventually, East managed to claim the 3rd set as well making the score level at 1-1. The winners had to be decided by playing a golden set to 15. The boys finished the Golden set with a victory 15-13 and are now this year’s Inter-Regional Beach Champions!

Not a bad day in the office this weekend! Thank you for supporting our programme and we hope to return again to the IRB next year. 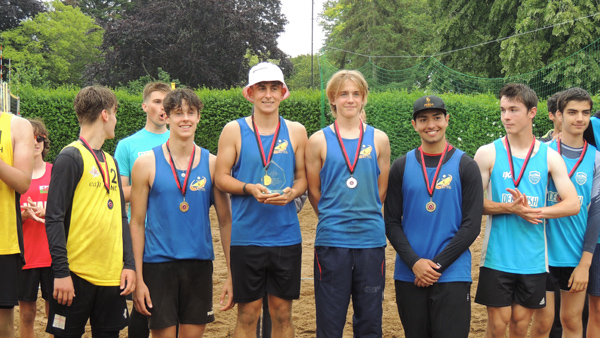 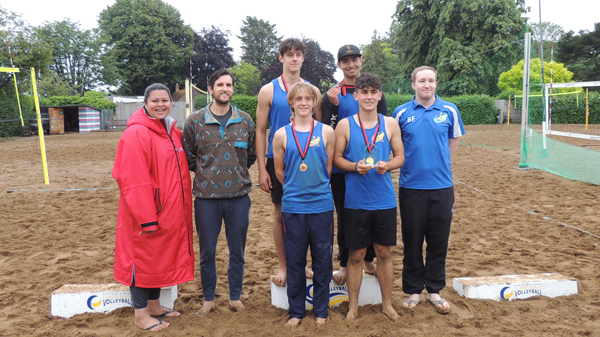 This entry was posted in Beach, Coaching, Junior, News, Volunteering. Bookmark the permalink.