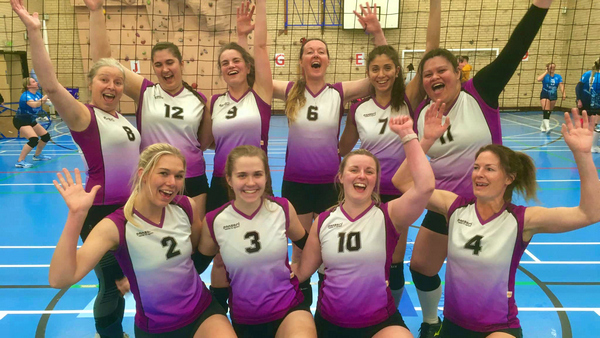 Once again it all came down to the last weekend of matches to decide the winners and the final placings in this season’s SW Ladies League. Torexe began knowing that just one win would be enough to secure top spot ahead of Royal Wootton Bassett.

That came in a very tight 3-1 match against Cardiff Celts, having put all their effort into securing the win, it was a slightly deflated performance in their final match. Going down to Plymouth Mayflower 2-3, who themselves clinched third place with the win, moving ahead of Cheltenham & Gloucester on sets won.

For the third season in a row, the SW Men’s League title went to Exeter Storm, who were the standout team this season. With 16 wins from 16 matches, dropping just six sets, however the main battle was for the runners up spot, where four clubs finished on 36 points and hence could only be separated on sets won.

All the league results etc at: SWVA League Tables

This entry was posted in Coaching, Home, News. Bookmark the permalink.