Each year we ask a number of our SW youngsters to report back on their volleyball experience, this week we focus on Ellie Austin who represented England at this summers Home Nation event in Cardiff. 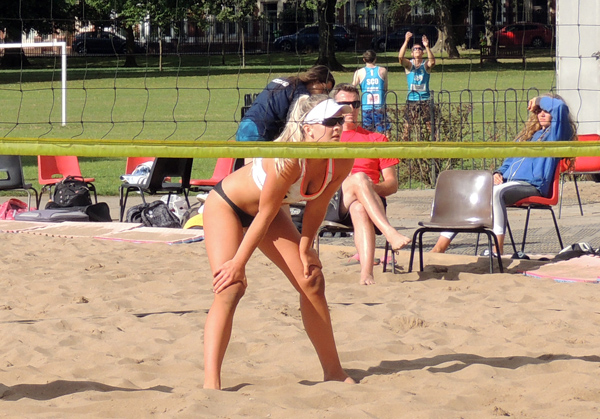 This year for the first time ever there was a Home Nations an international competition to which I had the honour of being able to play. The event lasted for 3 days full of competitive volleyball where I represented my country playing for England. Every time I represent my country I feel great pride and excitement as I experience new competition.

The competition had the 4 nations, 32 teams from England, Scotland, Wales and Northern Ireland. You are each put in teams of 4 which include two parings me and my new partner Katie Keefe and the other pairing in England 1 team Niamh Davies and Leah Blight.

This was mine and Katies first time playing together and it allowed us great progression and development together as we had many opportunities for many games. 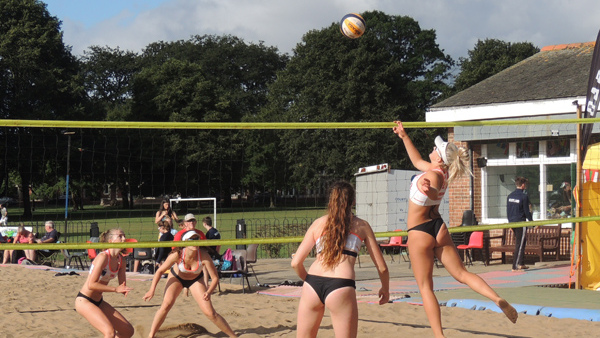 The unique format sees 2 pairs per team competing against each other team with a ‘golden set’ decider played when the teams draw. There was a lot of excitement as we saw the other country’s arriving. The games soon began at 11 with the first of the pool games taking place.

To start off there was a lot of nerves from the players as this was their first ever competitive beach volleyball competition. In our pool we had England 4, Scotland 2, Scotland 3 and Wales.

Throughout are pool games against Scotland and Wales we were very combatable and felt strong as a pairing as we had some very successful wins dominating the court with aggression and confidence.

The next game was England 4 which we were pushed a little but we remained errorless and up’d our game and throughout it was no struggle as our experience shone through. Both pairings from our team were successful clearing our pool at the top with all wins and no sets dropped. 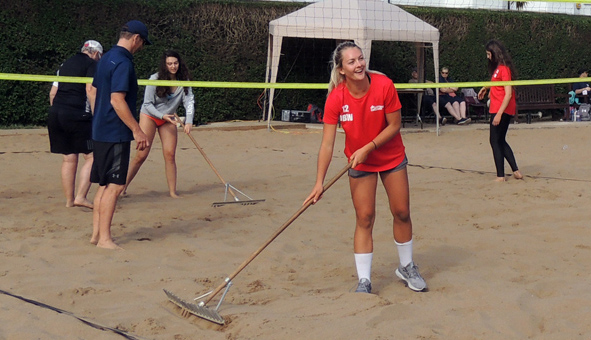 After pool play knockouts began as tension drew as everyone wanted to go forwards into medal matches. The quarterfinal was our next step where we faced England 5, with another convincing win.

The next round was semi-final where we played England 3 and nerves began as they were a strong and well-rounded team. Before the game we put together an effective game plan with coaches Amanda Glover and James Verrinder both high experienced players with great coaching knowledge. We put in place serving targets, offensive options and what to expect from the other side this all helped us to put together our best performance as a team.

The final
In the final we faced England 2 we knew this was going to be our toughest match yet because they were two strong partnerships Holly Bentley and Charlotte Wittram the other pair Saskia Freitas and Izzy Tucker. To start with me and Katy played Holly and Charlotte it was a good performance and we pushed through comfortably. Throughout the game we had to show commitment to every ball and be aggressive in offence to work our way around a big block at the net.

On the other side of our team Niamh and Leah played Saskia and Izzy and fell short not managing to secure the win. This meant that both teams had to get together and discuss who would play in the golden match as the games score was 1-1. 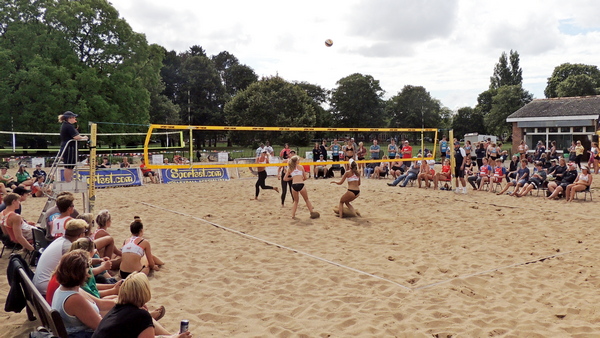 Decisions were vital as whoever won the golden set to 15 would win the match. Our coaches decided on putting me and Katy to play and the other side picked Saskia and izzy to play us. The battle was on as everyone crowded round ready for the clutch game.

Nerves were starting to overwhelm everyone on court but we didn’t let it affect our play which put us ahead and in control of the game. Throughout we showed resilience touching every ball and strong serving from the baseline. This pushed us to take the win. 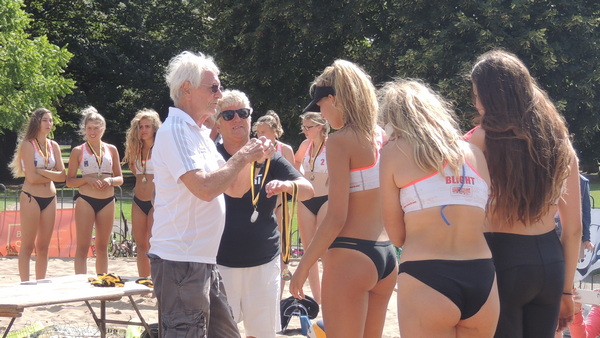 Presenting the medals – Richard Callicott President of the BVF

Overall the event was a great success hosted by Cardiff beach volleyball Club a 6 court beach volleyball centre. It was the perfect venue where all the games could take place for the new competition. I though the competition was a great new format as it allowed games to become more competitive which was far more exciting for the massive group of supporters. 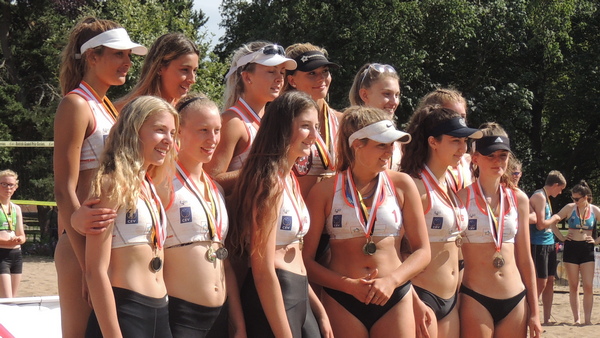