Each year we ask a number of our youngsters to report back on their SW IRC experience, today we focus on Mischa Jankowska (SW No 7) from our U15 Girls Squad… 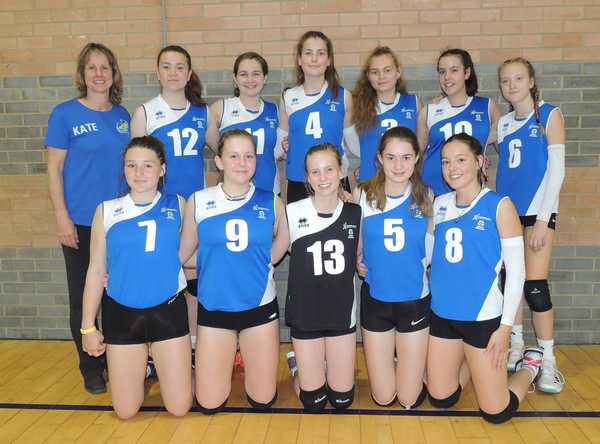 Hi, I’m Mischa I’m 13 and I play for Taunton volleyball club. This weekend I played in the Inter-Regional Championships finals for the Southwest under 15’s squad.

Friday 25th ~ on Friday we met at the BP garage in Taunton and from there were traveling up to Kettering in a mini bus. Everyone was so excited for the weekend ahead and were pretty much singing loudly and debating what music was actually good.

Soon, we’ll not so soon, but about two hours later we stopped off at the services to get some food but ended up staying longer than expected due to bad traffic. When we finally arrived at the Holliday Inn that we would be staying in, everyone went up to unpack quickly before getting ready to go to bed. But before we went to bed we had a team meeting and decided what shirts we were going to be wearing (there seemed to be quite an argument over who got which number though). 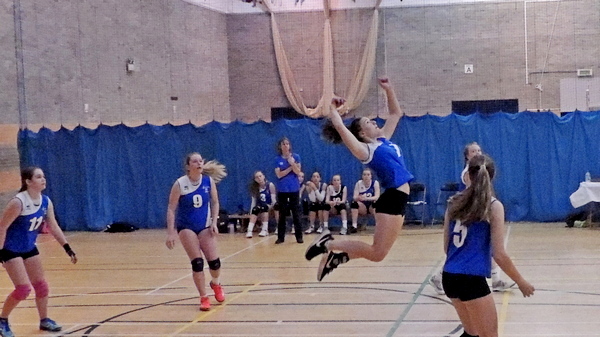 Saturday 26th ~ the next day, my roommates and I had the alarm set for 7:40 to allow us time to shower and get ready for the day ahead. It was an early start and we met everyone else downstairs at 9:00. After eating, the under 15’s got back on the mini bus and drove down to the National Volleyball Centre where we would be reffing our first match.

Overall on the first day we won two of our three matches to come runners up in our pool. We played so well together as a team and did better than expected. The last game we played, was the quarter final, which we lost, meaning we would be playing for 5th-8th place on Sunday. 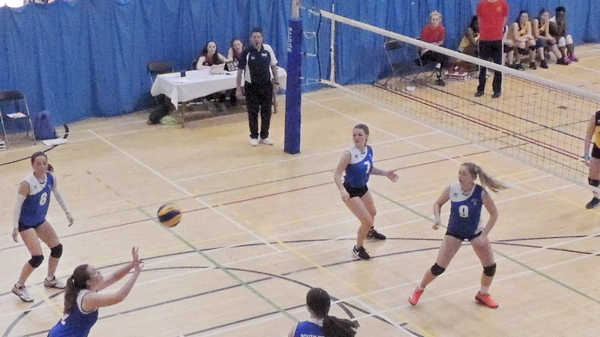 That evening we went out to eat at the Beeswing restaurant, the food took almost an hour to arrive but we passed the time socialising. And when our food finally did arrive it was so hot a lot of us burnt our tongues. Once we’d finished eating, instead of getting the mini bus, we walked back to the hotel. We were so tired from a hard day’s work and we’d got back so late from the restaurant it was almost midnight! 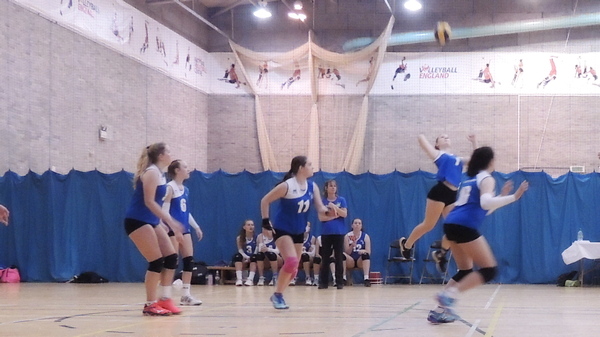 It’s been so great playing for southwest and with such an amazing group of girls. Everyone got along so well and were so supportive of each other.

A massive thank you to Kate for coaching us this weekend, we couldn’t have done it without you. And also a thank you to Joana and Luis, even though you didn’t coach us you did such a great job coaching the under 17’s.

This has been an amazing weekend and I’m hoping to be a part of the program next year.