Petroc Aiming for Back To Back Titles 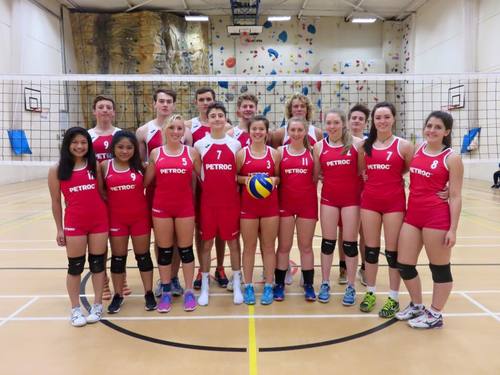 Few heading to the National Championships in April will be able to match the experience of Petroc’s volleyball squads.

Both the boys and girls have qualified – yet again – to represent the South West in Tyne & Wear, making it their seventh and eighth successive years respectively.

But the college’s experience of the National Championships doesn’t stop there, as coach and former student Denise Austin won back-to-back gold medals in 1986 and 1987, so knows exactly what it will take for her girls’ team – who are defending champions – to achieve the same. 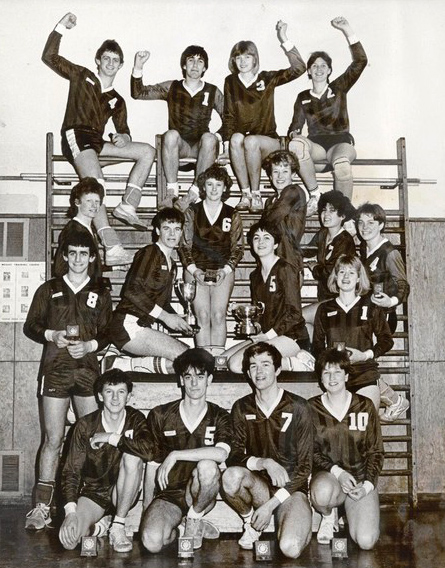 Denise Austin (No.5, centre of pic)

“I know what it is to have focus and develop goals, and also once you have won it’s almost easier to win again, as you know you can. The belief is there and they love a fight,” she said.

“I think we are tough to beat and we will have a target on our backs. But I think the girls are getting used to that. They have played National Volleyball League division three this year and have gone unbeaten all season. Many are also in the club team who are in the Volleyball England U18 Cup finals in April. “

Despite Denise’s confidence, the team are far from resting on their laurels. To aid their preparation for the National Championships, the squad have been training alongside top-level players in Austria.

“They have spent two weeks on an Erasmus funded project working with the National Austrian Academy based at Graz Hib Liebenau College,” said Denise. “They are learning to become young athletes working alongside the Austrian players, many of whom are of national standard.”

But Petroc have national standard players of their own to boast about, with both Anaya Evans and Millie Constable in England’s senior beach volleyball squad.

College captain Constable played for England at the Continental Cup Round Four in qualification for the beach volleyball in Rio 2016, as well as representing England at the Euro U22 Championships in Portugal. 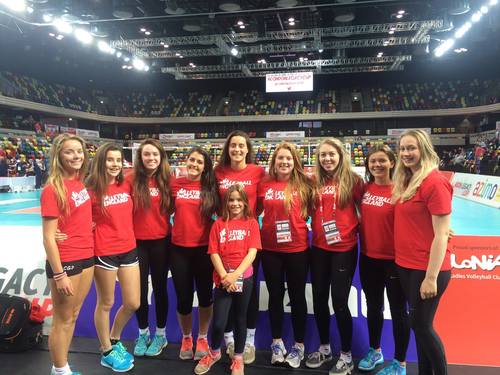 Anaya also captained England in the European U19 Cup, while four others competed for England Cadets and England Juniors at the UK School Games and Masters events.

These athletes, along with two others who are training with the South West U16 squads, are the perfect team-mates for new players in the squads, some of whom only began playing in September when they started college.

“We are open to all levels of students and our philosophy is to encourage everyone into our training programme,” said Denise.

Denise, a former international for both England and Great Britain, began coaching the Petroc College Volleyball Academy in 2007, which she juggles with her role as Head Coach of the Junior Girls Beach Programme for Volleyball England.

She has been the perfect fit at the college she attended herself between 1984 and 1987, guiding the boys’ team to silver and the girls to bronze in 2014, which the latter then surpassed with their gold medal the following year.

And Denise is determined to continue Petroc’s on-court success story.

“We are aiming to get back-to-back golds in 2015 and 2016 in the girls’ competition,” she added. “In the boys’ event, they are a young team and a top six finish would be a good start.”