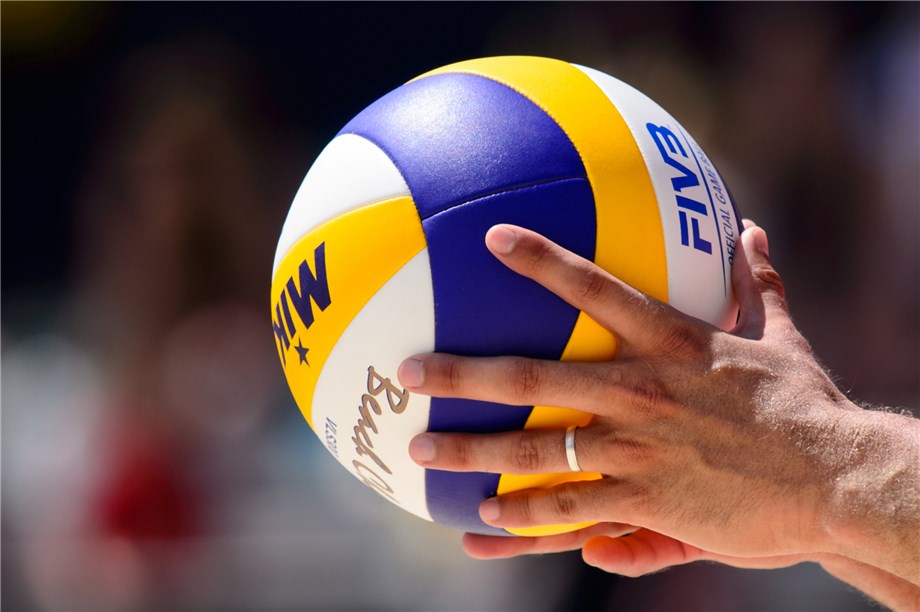 The first six days of the beach volleyball schedule at the Rio 2016 Olympic Games were confirmed here Friday by the FIVB after consultation with the Rio 2016 Olympic Organizing Committee and the Olympic Broadcasting Services, working together to provide maximum exposure for the sport around the world. The schedule is announced just days after the men’s and women’s pools were determined at a drawing of lots ceremony on July 9 in Gstaad, Switzerland.

Please note that the eligibility of a small number of teams included in the schedule is still being reviewed, and that as a result the match schedule will be updated next week. The Canadian men’s team will be known after the play-off in Canada on Saturday July 16 between Josh Binstock/Sam Schachter and Sam Pedlow/Grant O’Gorman.

Whether the first serve is a skyball from Italian Adrian Carambula or a rocket launched by veteran Summer Games participant Clemens Doppler of Austria will be answered at 10:00 (Rio local time) on Saturday August 6 when Carambula and Italian partner Alex Ranghieri challenge Doppler and Austrian teammate Alexander Horst in the first beach volleyball match for the 2016 Summer Games on iconic Copacabana.

The opening match in men’s Pool A will feature Olympic veterans in Doppler and Horst, who competed together in the London 2012 Olympic Games while participating with different partners in the Beijing 2008 Summer Games. Carambula, the FIVB’s top first-year player in 2015, and Ranghieri are currently the No. 2 team on the 2015-2016 FIVB World Tour ranking list. 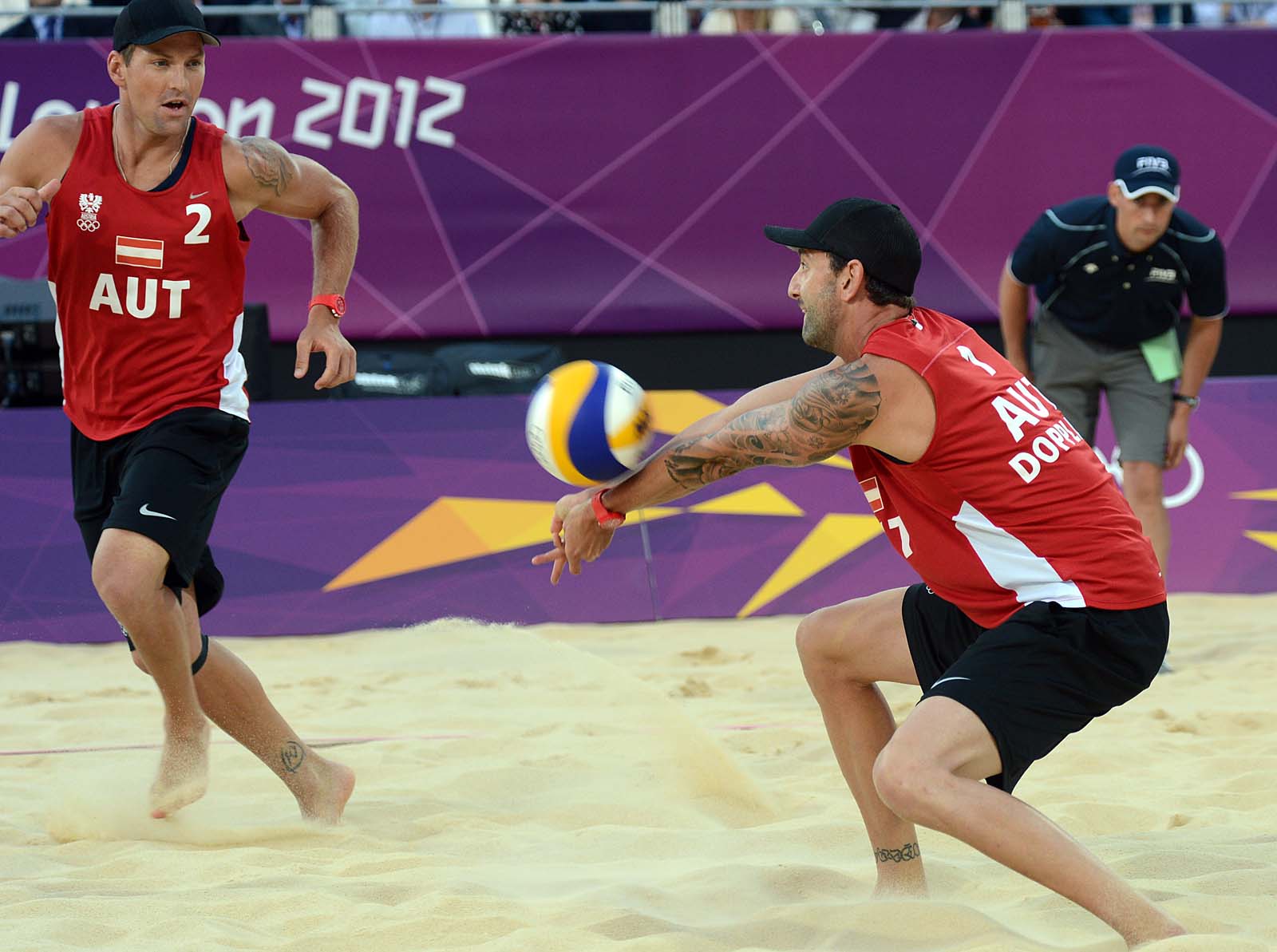 Men’s world champions up next
Alison and Bruno, who finished as the top-ranked team on the qualifying list for the Rio 2016 Summer Games to earn the top-seed for the competition, will follow the Austrians and Italians onto the Copacabana court at 11:00 on August 6 with a confrontation against a Canadian team* that qualified for one of the two remaining Olympic berths July 10 at the FIVB Continental Cup Finals in Sochi, Russia.

More world champions in action
Other world champions playing on the opening day of beach volleyball competition in Rio will be 2015 women’s winners Agatha Bednarczuk/Barbara Seixas of Brazil (15:30 vs. Czech Republic) and 2013 men’s champions Alexander Brouwer/Robert Meeuwsen of the Netherlands. Both pairs are first-time Olympians and finished second in qualifying for Copacabana and will compete in Pool B. 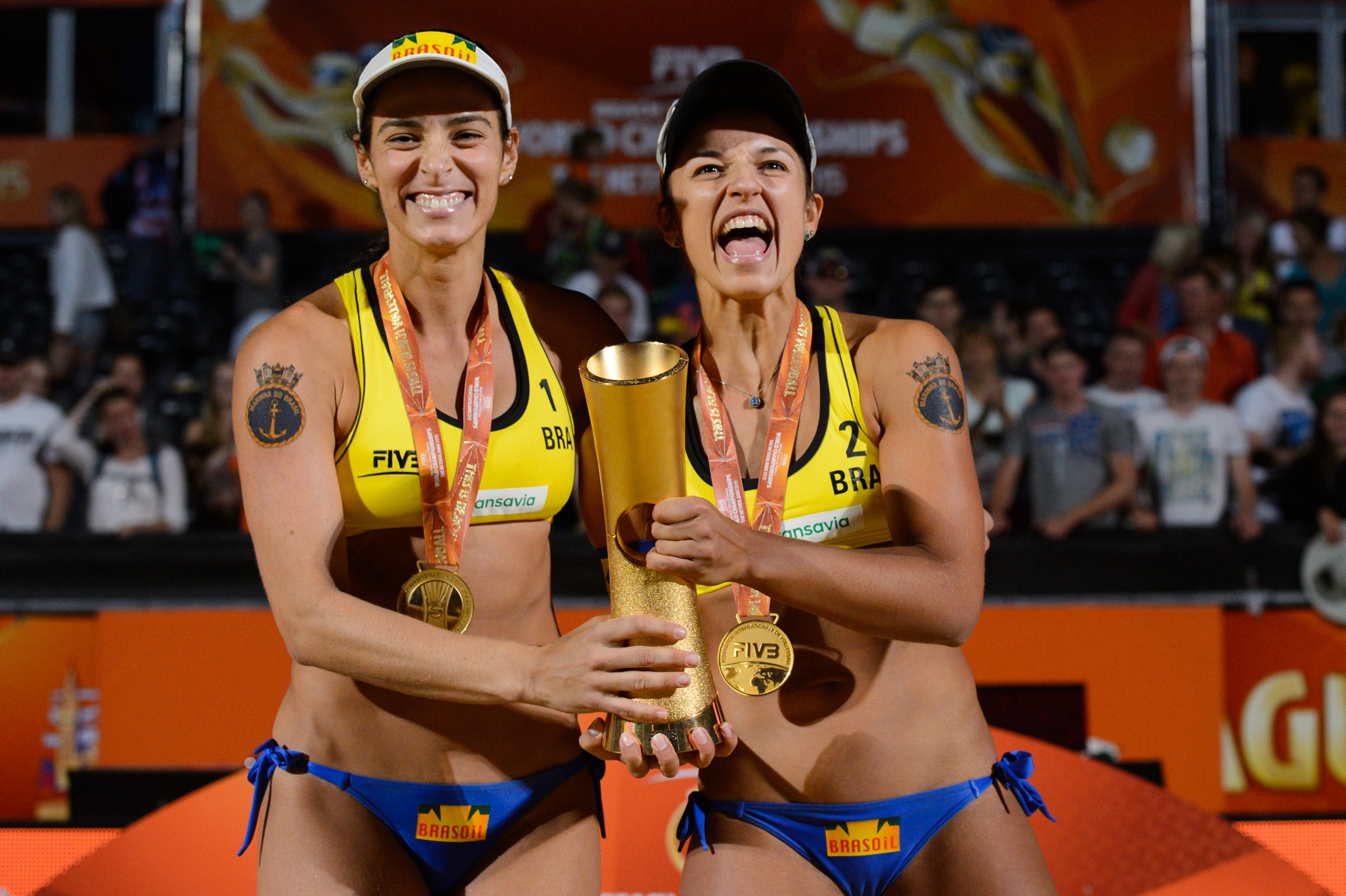 Talita Antunes and Larissa Franca, the No. 1 women’s team on the Rio qualifying list, will play in the first match on August 7 at 10:00. Both Talita and Larissa will be competing in their third Olympics. Larissa claimed the bronze medal at London 2012 Summer Games with Juliana Felisberta and finished fifth with Ana Paula Connolly at the Beijing 2008 quadrennial.  Talita was fourth in Beijing 2008 with Renata Ribeiro and ninth in London with Maria Antonelli.

Midnight matches to be extra special
Other pairs competing in Pool D will be Aleksandrs Samoilovs/Janis Smedins of Latvia and Ben Saxton/Chaim Schalk of Canada.  The two teams meet in the second “Midnight Magic” match on August 7.

The first “Midnight Magic” match on August 6 will feature Olympic medallists April Ross and Kerri Walsh Jennings of the United States being challenged by Asian Continental Cup winners and 2014 FIVB under-23 world champions Mariafe Artacho and Nicole Laird of Austria in a Pool C contest. 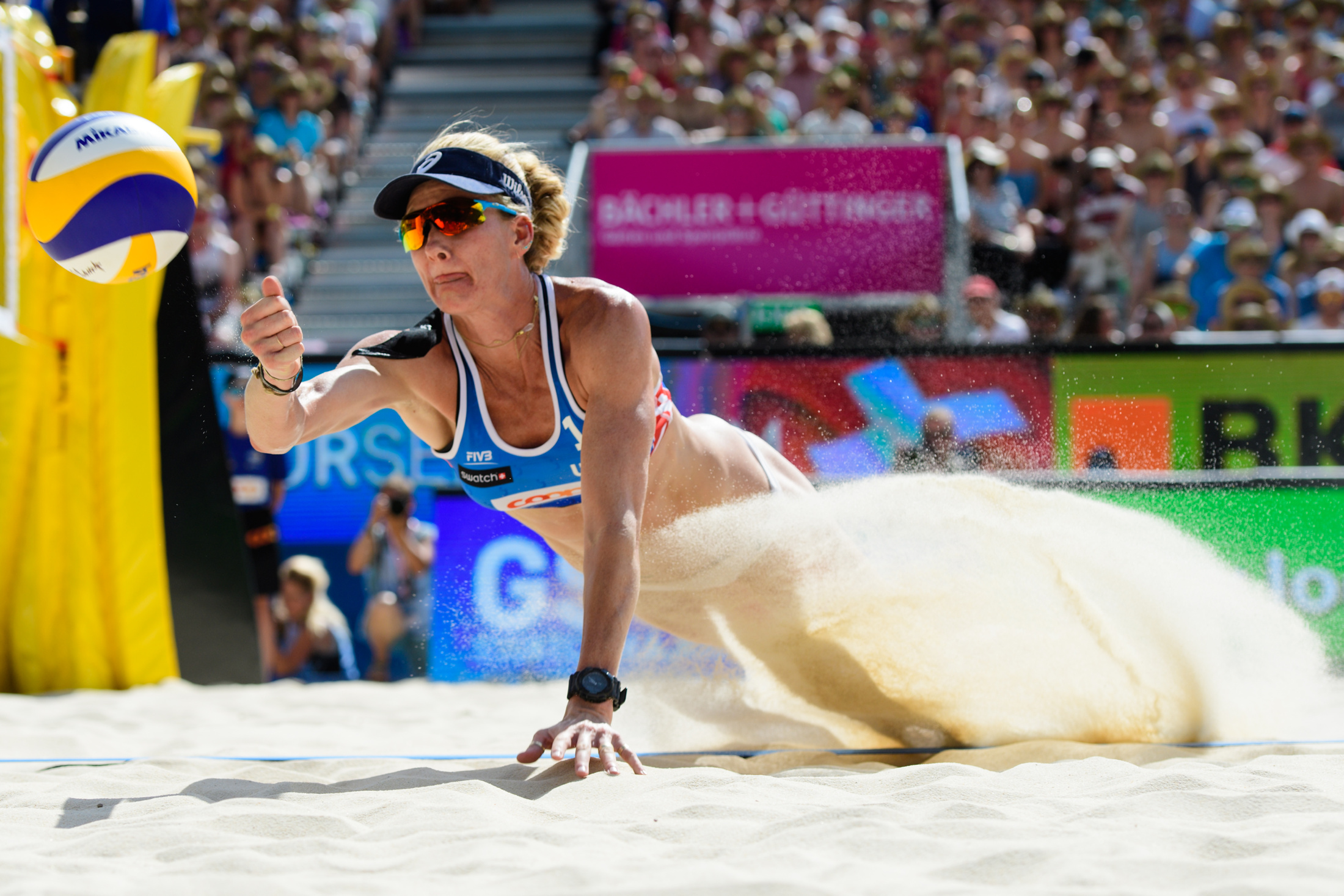 Three-time Olympic champion, Kerri Walsh Jennings will be one the players to watch in Rio

Walsh Jennings is a three-time Olympic champion with Missy May-Treanor at the Athens 2004, Beijing 2008 and London 2012 Games. Ross and Jen Kessy won the silver medal in London after losing the Olympic finale to their American rivals. Walsh Jennings will enter Rio with a 21-match winning streak as she and May-Treanor dropped only one set in three Olympics.

The other three “Midnight Magic” matches will feature Ross/Walsh Jennings versus Fan/Yue on August 8, Heather Bansley/Sarah Pavan of Canada meeting Joana Heidrich/Nadine Zumkehr of Switzerland on August 9 in a Pool E and Doppler/Horst playing a Canadian pair* on August 10.

The final pool “Midnight Magic” match will be a “lucky loser” contest on August 11 to determine the last remaining spots in one of the gender’s elimination brackets. The top two men’s and women’s teams from each of the six pools advance directly to each gender’s knockout matches along with the top two third-place teams based on match points and point ratios. The last four third-place teams will playoff for the last two berths in the 16-team elimination brackets.

Action-packed, non-stop from August 6-18
Men’s and women’s matches will be mixed throughout the preliminary phase of the beach volleyball competition, which will run over six days with three sessions per day. The sessions will begin at 10:00, 15:30 and 21:00. The last match for the first five days of group play will start at midnight.

A total of 96 players from 24 countries will form 48 men’s and women teams for the sixth edition of Olympics beach volleyball competition that started in 1996 at the Atlanta Summer Games.

*Olympic trials will be held in North Bay on July 16 between Josh Binstock/Sam Schachter and Sam Pedlow/Grant O’Gorman to determine who fills the Canada vacancy.