Snow Volleyball at the Winter Olympics

If you’re anything like the staff at the Volleyball England HUB, being sports lovers, you’ve probably been riveted by the action at the Winter Olympics.

From the crazy tricks of the snowboarders and the breakneck speeds of the luge, to the accuracy in the curling and poise of the skiiers, the sporting drama has been incredible. We’re still getting over Elise Christie’s heartbreak in the speed skating, but fortunately, there is some volleyball in PyeongChang to cheer us up!

Tomorrow (Wednesday 14 February) there is an Snow Volleyball Night with an all-star exhibition match taking place on the sidelines of the Games. The event is a great opportunity to see exactly what Snow Volleyball is all about. Tune into this historic occasion via the CEV YouTube channel or the CEV Snow Volleyball Facebook page, with the action beginning at 6.55am (GMT). 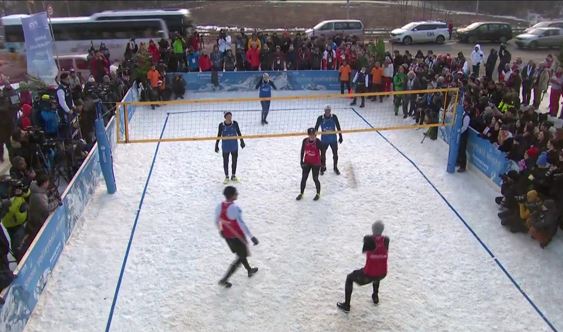 If the sport of Snow Volleyball continues to grow, there is no reason it could not become officially recognised as a winter sport and become part of the Winter Olympic programme.