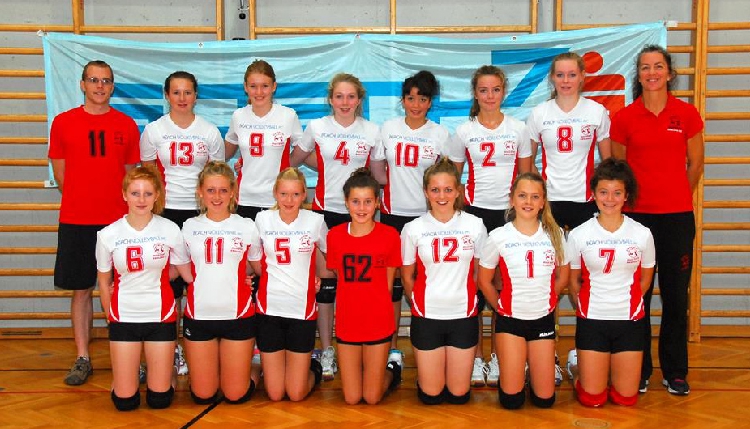 In preparation for the forth coming national junior cups, the academy of beach sports under 16 girls team headed to Austria for the feldkirch sparkassse invitational cup 2013. In a combined team to strengthen the age of the team the Academy linked in with  three Plymouth Junior players. 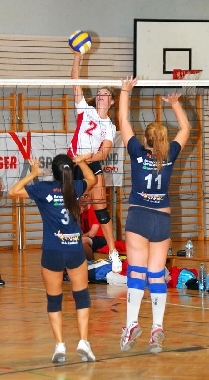 The First match was a very tough draw against the 2012 tournament winners Modena from Italy. The Italian team started strong and over powered the academy girls who by the end of the match had settled into playing against a quick attacking and good defensive team but found their form too late.

The Italians with many players returning from last year were a more experienced team and able to win points fighting back from pressure plays constantly.

In their pool of four teams the Academy won their next two matches beating the two Austrian teams from Feldkirch and Nuziders. Despite having won two matches convincingly in their pool of 4, with 12 teams competing the academy missed out a semi- final play off place by 1 point.  Instead the academy had to settle for the fifth to eight playoff on the Sunday.

They had a promising start beating the much stronger German team by two sets to nil with their typical defensive ability. The team appeared to have found their feet and settled into their best play of the competition. 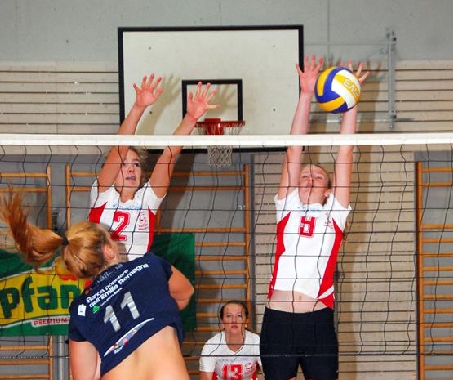 There were some amazing strong attacks set up by Sophie watts and Vicky Wilkins for the consistent kills from Ellie Cranch and Anaya Evans. Both attackers showed a level of intelligent play by varying their hitting and seeking out the holes in the German defence. Playing to their strengths Meg Leeds and Helen Farr covered the court defensively and Rachel Fallow managed to block and knock the confidence of the powerful German hitters.

In the final 5th/6th play-off position the opponents were Team VVV from Austria. A very organised and business like team with no obvious weaknesses. Neck and neck all the way through the first set the academy performed to their beat potential losing out 23-25 in a close fought-could go anyway- first set. Uncharacteristically deflated by just losing the local club never picked up their game and lost the second set 25-12. 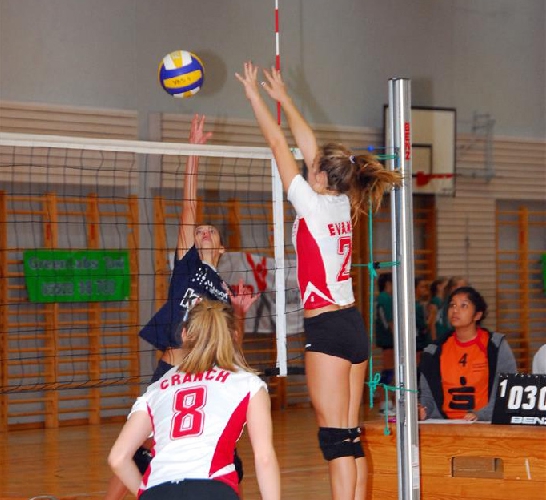 Denise Austin Head coach explains, “It was our first international indoor experience for all the athletes in our club. Travelling together so far, facing new challenges and different opposition, looking at a variety of styles of volleyball has inspired the girls in their ambitions and individual performances. The better European girls have a swagger and confidence that only will come with time; we are a young club but want to give a valuable experience through our sport to its players. It will not be obvious to start with but when going back into training and when we step on court for our first round of the cup, the team will have improved as they process and assimilate their experiences into confidence and experience on the court”.  An exciting indoor season is about to start!