Switzerland and England to determine winner in Bournemouth 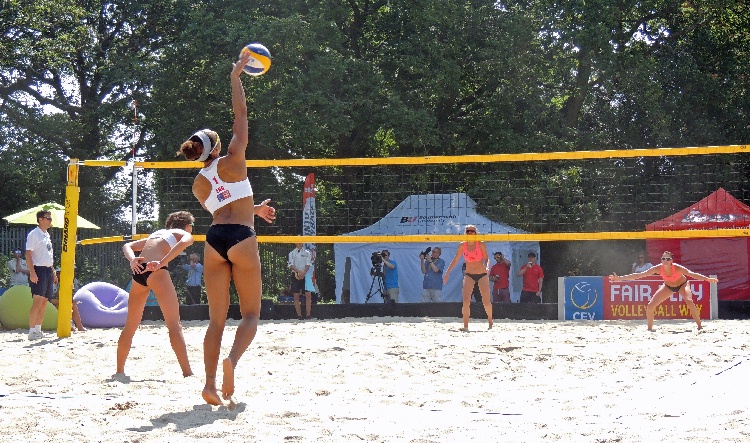 Following on from an exciting morning of beach volleyball from the women, the guy took to the sand court in Bournemouth for their semifinal match-ups in Pool D of the first round of the 2014-2016 CEV Beach Volleyball Continental Cup.  The national teams of Switzerland and England secured their spots in Sunday’s final with straight wins against Ireland and Slovakia, respectively.  The latter will take on each other to determine which of them will finish last in the standings and which will have a go at the second place against the loser of the Switzerland vs. England match-up.

The Swiss men made their way onto court with Sebastian Chevallier / Alexei Strasser taking on the Irish pair of Oisin McArdle / Wil Oshoke.  The Swiss dominated from the start as the Irish, like their female counterparts, failed to make any inroads, losing by 0:2 (12-21, 12-21).  The Irish team faired slightly better as Tim Church / Robert Brennan made Mats Kovatsch / Jonas Kissling work for their victory.  After a relatively straightforward first set for the Swiss, the pair from Ireland found another gear and managed to stay in the game through to 14 all.  A maiden set victory was not to be though as the Swiss pushed on to win the set and match by 2:0 (21-13, 21-17). 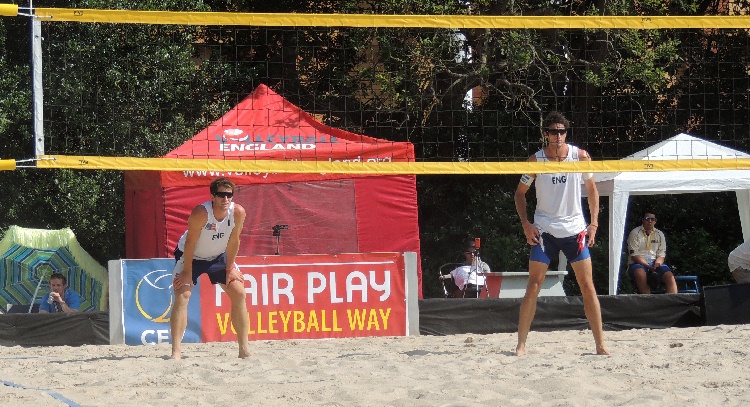 Jake Sheaf / Chris Gregory were first on for England, looking to give the men’s team the advantage in the tie.  They raced into a 5-0 lead and never looked back, winning the match comfortably by 2:0 (21-9, 21-6) in 26 minutes against the relatively inexperienced Slovakian pair of Jan Vasek / Marian Lukac.  Gregg Weaver / Philip Smith went through the next match swiftly and produced much of the same.  Smith was using his superior height at the net as Jakub Ihnat / Marek Meciar struggled to find any answers to his blocking.  It was a routine victory in the end in a match that only lasted 29 minutes – 2:0 (21-11, 21-10).