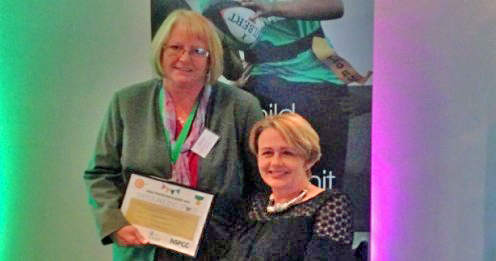 It is with great sorrow that Volleyball England shares the news of the passing of Serena Morten.

She became ill at the Super 8s Finals and in her persistent way still came along to the junior finals and Inter Regional Championship to do what she does best: be there for everyone. Shortly afterwards she was diagnosed with inoperable cancer and passed away on Friday.

Serena was Volleyball England’s safeguarding lead and worked closely with staff at the HUB and other volunteers.

Serena sadly passed away after a short illness on 29 June. Instead of flowers we are raising money for two charities, the NSPCC and Diabetes UK. For many years Serena had been involved with the NSPCC both at her school and particularly at Volleyball England.

Serena’s funeral will be at Semmington Crematorium at 14:30 on Friday 20thJuly.  All are invited, and we’d love to see you afterwards in the Town Hall, Calne (even if you can’t make the Crematorium).

We’re going for colour rather than the traditional black and white.  Family flowers only but small donations via uk.virginmoneygiving.com/SomeoneSpecial/SerenaMorten to the NSPCC and Diabetes UK would be much appreciated.”