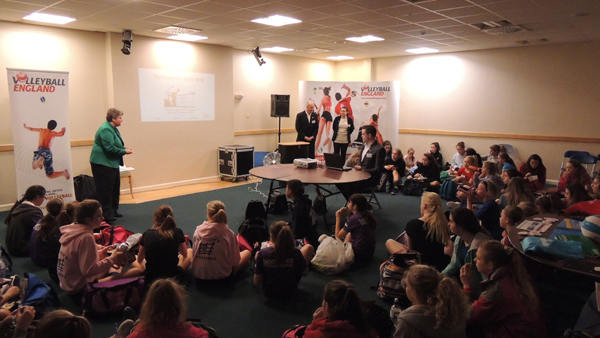 The 2015 Volleyball England Voice tour stopped off in Exeter last Saturday at the SW Girls training session. CEO Lisa Wainwright kicked off the meeting and introduced the rest of the team of Rohan West, Hannah Winsbury & Ian Poynton.

After the introductions, a slide show review of 2014 with SW highlights and the SW role of honour’s, followed by an update of Go Spike & This Girl Can campaigns. 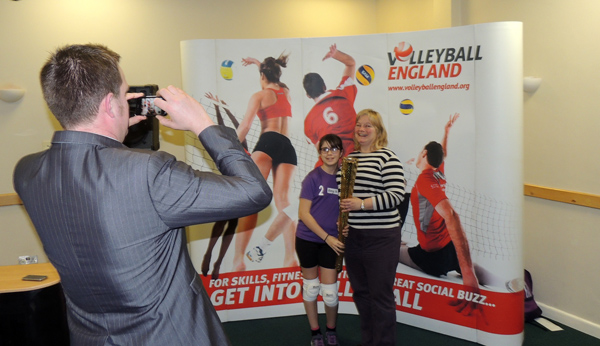 After lunch and a few VE goodies, a photo opportunity with the Olympic Torch, which once again proved a popular event.

Once the girls had returned to the sports hall, the conference moved to an informal round the table affair. The main topics revolved around the various funding opportunities that existed and the £1 million already claimed by clubs and associations in the last year, plus a look at the 2024 Strategy.

Back in the Sports Hall, a group photo for VE.