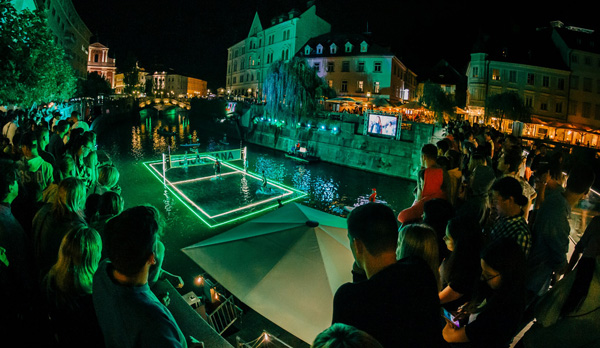 With exactly three weeks before the start of the European Men’s Volleyball Championship in Ljubljana (September 12 to 26), the Slovenian capital hosted a unique spectacle – a volleyball match of former European volleyball stars on a floating volleyball field in the middle of the river Ljubljana. 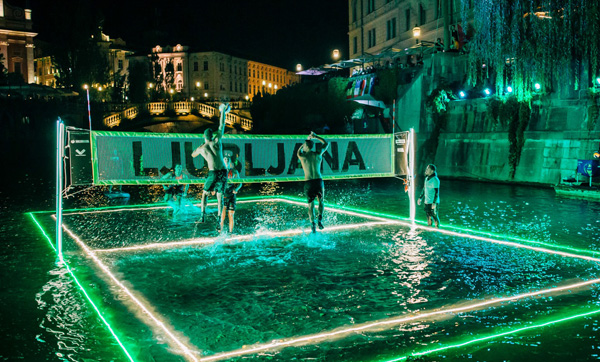 In the immediate vicinity of Tromostovje, Fish Footbridge or Makalonca, ambassadors from all four host countries of the 2019 EuroVolley, Tomislav Šmuc and the Dutch Bas van de Goor, and former France and Belgium national teams, Guillaume Samica and Frank Depestele competed in the show. 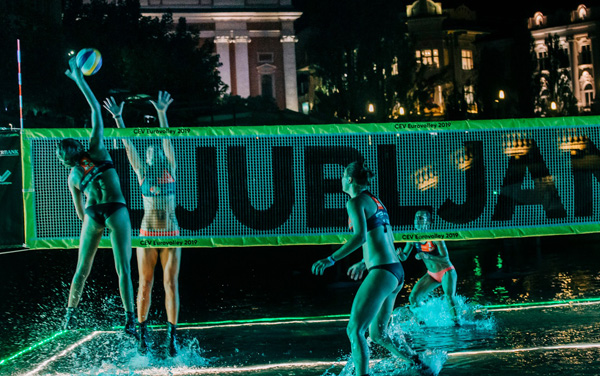 The players were impressed with the attractive moves and proved that they can play volleyball on the water as well. With the prepared pitch and atmosphere created by many spectators, the volleyball players, who played three sets of up to 15, were also very pleased, changing teams every time, as the result was of secondary importance this time.

The event itself and its location are unforgettable and I’m really glad to be a part of it. I have to say that I haven’t played with Bass in a very long time. The fact that the boys can get together after so many years and contribute to the promotion of the European Championship is really something phenomenal, “said Šmuc after the game. 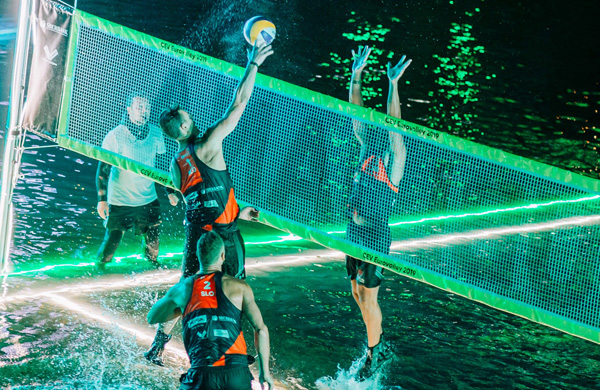 More information regarding EuroVolley can be found on the official website of the Championship, located at the URL https://eurovolley.cev.eu/en/moski/ .

This entry was posted in News. Bookmark the permalink.
Press f for fullscreen.