Success can be measured in many ways. To some, winning titles or medals is the only method to determine the level of that success. However, a sense of achievement, recognition and development can outweigh any other determinants of a successful outcome. 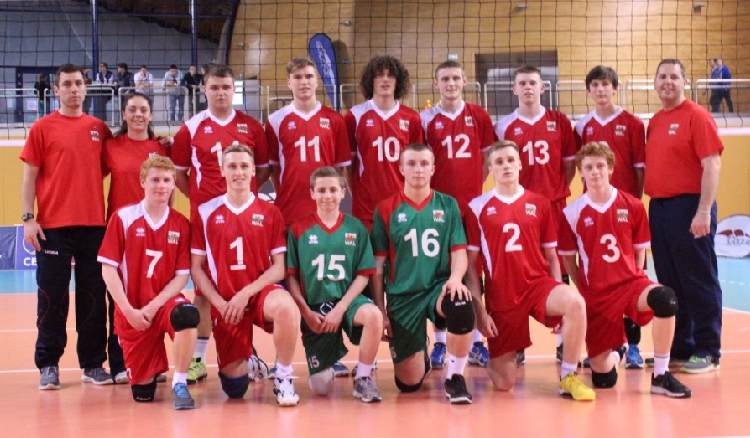 2014 has already been a successful year for Volleyball Wales following the inclusion of two junior teams into the final rounds of the European Championships (Small Countries Division) for the first time since forming only 5 years ago. The U20’s Boys team began the European challenge in Luxembourg, lead by award winning Head Coach, Jose Castro, supported by Assistant Coach Charlotte James and Team Manager Mark Perkins. Tough competition from hosts Luxembourg, as well as two countries closer to home, Northern Ireland and Scotland, made up the final four teams.

The U19 Girls team had further to travel for their competition, ending up in San Marino. As well as the hosts, the Welsh girls had to face Scotland, Luxembourg and Lichtenstein in their battle in Europe. Head Coach Sandra Stoll was assisted by Jack Allman, with Kath Lewis as the Team Manager. A young squad of 11 girls aged between 14 – 18 set off to San Marino at 3.00am to face the unknown competitors. 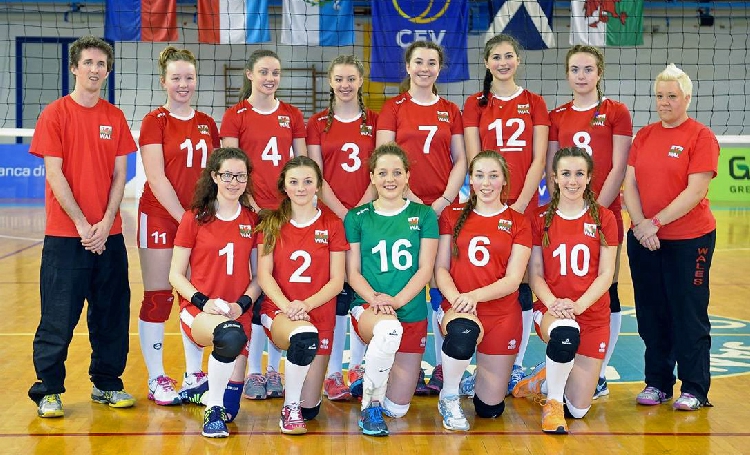 Both Welsh teams had previously performed at the Sainsbury’s School Games and many of the players had recently taken part in the British Colleges finals in Bath where they finished third overall, which was all part of their training for the Europeans. The full squads had also been taking part in some intensive training camps to complete the build up to the main event supported by Staff and Students at Cardiff Metropolitan University. Dr Lucy Blackbourn managed the medical screening and anti doping sessions whilst Andy Kelly was the physio dealing with minor injuries over recent months. Supported also by a team of massage students and a psychologist, the teams were as prepared as possible.

Both teams were the unknown quantity within the competition. It was a totally new opportunity for the players, but it was also the first time that the coaching teams had been a involved at this level. A lot of work prior to the tournament had taken place, but there were still lots of areas that were previously untested in competition. Many of these areas were tested at the Preliminary Enquiry and Technical Meetings under the watchful eye of the CEV Technical Delegate for each competition. Wales managed to pass these and were then able to focus on the competition itself.

Neither team managed to win a game, or even a set, during the competition, however the passion and determination showed through after some initial teething problems in the early games. The boys team took all three teams including Scotland, the eventual winners, to 3 tough sets, whereas the girls had to play the host team (with many vocal supporters) as a finale to end the competition, giving a memorable performance that was not reflected in the final score.

“I was honoured to be able to travel to San Marino with the girl’s team after all the hard work that was required in the build up to the competition. I know the girls were upset after their initial performances but that showed how much they wanted to be competitive. They responded well in the latter stages leading to lovely comments about their performance and passion being passed on to me by the CEV, other coaching staff and even the bus drivers who had the pleasure of transporting us between venues. Comments from outside make it all worthwhile and we are now looking forward to the next competition” says President Yvonne Saker.

The successes gained from entering this competition has been the increase in knowledge within the association; the desire within the player base to strive for better results in the future; a response to Europe that Wales can be competitive; and the numerous responses from players, coaches and CEV officials about the huge steps in development Wales has taken over the past few years. This is from a mainly unfunded organisation run by a handful of Volunteers.

Trials for the 2014 Sainsbury’s School Games has just taken place. These are the players who will be eligible for the 2016 European Championships so work has already started to secure an even more successful future.

This entry was posted in Coaching, Junior, News, Tournaments. Bookmark the permalink.