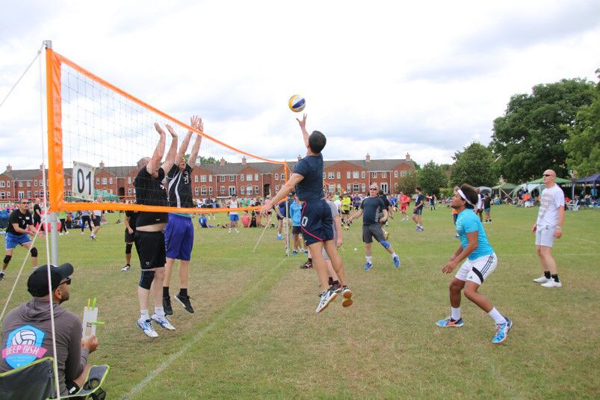 After long periods of hot dry weather in the southern half of England we approached the Whitefield weekend at South Bristol Sports Centre in July with a dreadful weather forecast for our setting up day on the Friday, which turned out to be a very wet day. Thankfully Saturday and Sunday were dry, though it was rather windy on the Saturday.

We had hoped to have our indoor social facilities available again after the serious fire at the venue in 2018, but their refurbishment was delayed and so the bar, refreshments and disco had to take place in the marquee.

The tournament attracted 118 teams, playing across 9 divisions on 26 courts. The pattern of entries from recent years continued and we had an increase in the number of mixed teams, with a reduction in the number of men’s and women’s teams.

The standards in the top divisions continue to be strong and there were some very exciting, high quality and close matches in the Mixed Division One – with Checkmate the winners. 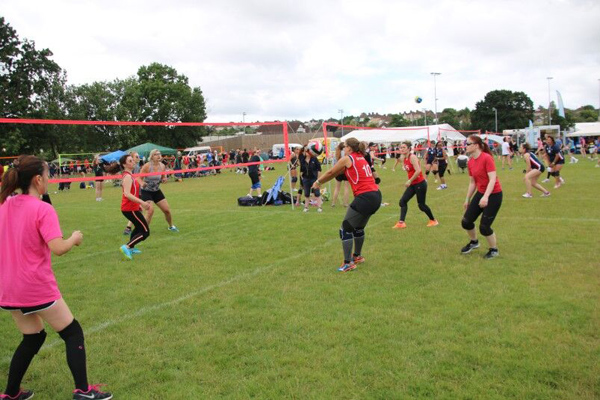 As usual, the tournament was played in a great spirit. Many of the teams have been coming for many years, but the newcomers also get into the spirit very quickly. We do not get the teams from outside the UK that we used to get, but the event has an international flavour with so many players from different countries now playing for teams from within the UK.

On the Sunday all teams are still playing for a trophy as we split into different divisions or organise plate competitions – so it is very competitive to the end – but generally in a very friendly way.

Feedback from our teams is always very positive with these comments being typical:

“Thank you all for your very hard work in organising this amazing tournament! As usual our volleyball club enjoyed a fab fun weekend!!”

“Massive thank you from all of us for the organisers of Whitefield Volleyball tournament this weekend! Supreme organisation as ever and great food and bar from Bigpanparties! We appreciate all the effort and hard work and our teams had another great weekend! Thank you!!”

“Super grateful to all the Whitefield volunteers who do such a superb job to make it such a top weekend for all, thank you !!”

This entry was posted in News, Tournaments, Volunteering. Bookmark the permalink.