The will to win is important, but the will to prepare is vital – Joe Paterno 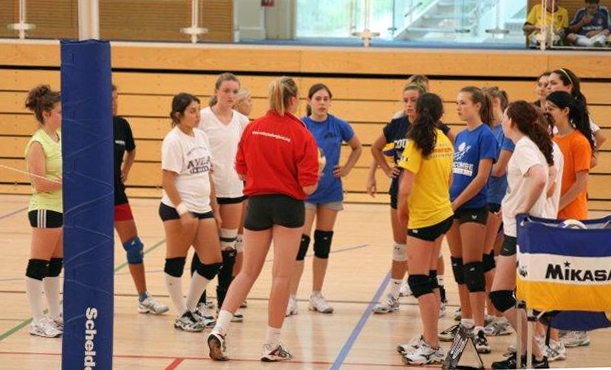 Since 2005 Volleyball Development Camps has conducted camps that have helped hundreds of young volleyball players improve their skills and compete at a higher level. The premier VbDC programme has been its annual summer camp for elite and emerging elite players.

Starting in 2012, this camp began a gradual process, over several years, of dividing into two distinct sections. One section lvill focus exclusively on the elite player – people who through their commitment to the game of volleyball have bona fide potential to obtain sports scholarships to university, to play for national development teams, or to play at high club levels, including clubs lvith professional teams. 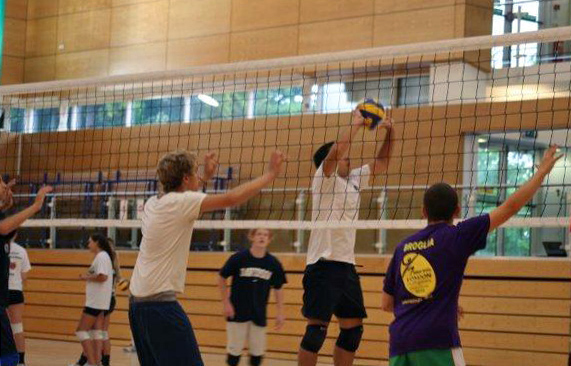 At the same time, the emerging elite players lvill move to a separate programme designed for players who are committed to the sport, but still need skills development before they are ready to enter the ranks of elite players.VbDC is introducing new training techniques to the elite camp, including video analysis, psychological testing and motivational lectures; court time will concentrate on tactics.

The emerging elite programme, on the other hand, will continue its tradition of
physical training, drills and scrimmaging, all geared toward the refinement of findamental, high-level skills.

It means the VbDC summer camp programme is getting much more serious – and more demanding. A higher degree of physical fitness is norv required as rvill a mature approach to training discipline. An ability to communicate well with coaches will be a basic requirement. Campers should have a functional command of English. Enrolment is restricted, and admission is based on an assessment of the student-
athlete’s application form.

Application requires all campers to submit a letter of recommendation from their club or school coach, and a 250-lvord hand-lvritten letter by the applicant, describing their current level of performance and detailing their plans and developmental targets they intend to reach in the coming l2 months. Emerging elite applicants must have begun specializing in a particular position; elite campers must have at least
two years experience in positional play, and be members of a club recognized by their national volleyball governing body.