This year Dominika Thomas and Ania Ryszawy will represent Jersey Ladies in Beach Volleyball in Bermuda. They will be proudly sponsored and supported by Equiom and Goldmsiths. These are two well established company’s which Dominika and Ania are currently employed by.

It was wonderful news when Goldsmiths confirmed their sponsorship for this year’s Island Games in Bermuda and the team was thrilled to receive such welcome support. The girls’ partnership started in 2010 when they played their first beach volleyball tournament together. They went on to win the Jersey Beach Volleyball Tournament for 2 consecutive years, 2010 and 2011. Apart from beach volleyball both Ania and Dominika are regular players within the Jersey Indoor Volleyball League representing the Island in various indoor volleyball tournaments in Jersey, Guernsey and UK, as well as the Island Games in Åland and the Isle of Wight. Last year both girls participated in two UK tournaments as part of Volleyball England Beach Tour (VEBT) and this year they are going to compete in one of the Beach Summer Series tournament organised in June in Bournemouth. Dominika and Ania are both members of the Jersey Volleyball Association and are actively involved in promoting volleyball in Jersey. 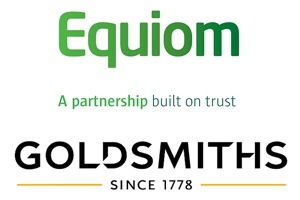