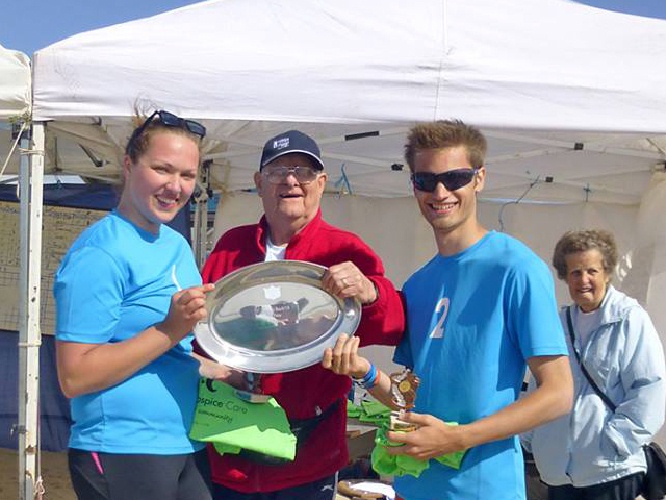 Results and report on the Charity pairs.
A good crowd with high winds,what else you ask when at Perranporth, but despite the conditions some high class VB was seen and remarked on by the locals.

The Sunday was a rain affected day with 4 teams only taking part Yeovil 1 and 2 Countrymen and the mad lot from Dudley with their air plastic guitars. Wet I don’t ever remember in all my years of running Countrymen’s beach VB being so wet.

The final was played out between Yeovil 1 and 2 Guess who one. My personnel thanks to Yeovil for making at least a VB Match