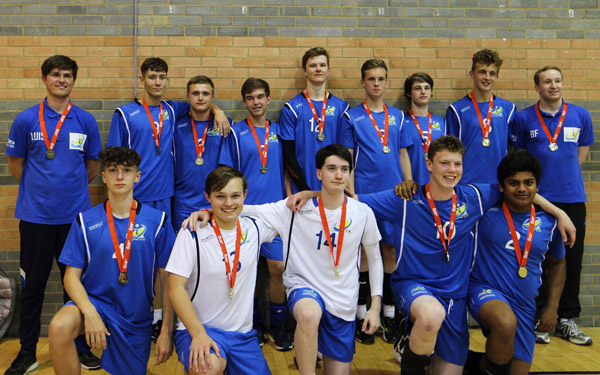 This May bank holiday will see one the biggest junior volleyball competitions in the calendar taking place. A riot of noise and colour, the Inter Regional Championships sees the brightest young talent in the country battle it out for glory over three days.

The competition features boys and girls in two age categories: under 15 and U17. Every region will be represented during three days and the National Volleyball Centre will be packed with courts, as well as parents and supporters backing their teams.

The long weekend is more than just about the action on court. With the best junior talent taking part, the Inter Regionals also offers every player the chance to see how volleyball can be part of their academic and sporting future.

For younger players who are looking into higher education after taking their GCSEs, there will be the chance to find out about the Diploma in Sporting Excellence (DiSE) programme. This gives talented players the opportunity to gain an academic qualification about sport which carries 40 UCAS points, alongside their further education studies.

Hosted in the Lakeside room, which will be clearly signposted at the National Volleyball Centre, players and their families are encouraged to come along and discuss the opportunities available.

Every player competing at the Inter Regionals will also be welcome to take part in the Talent Pathway physical tests. Players will be measured for their physical attributes, such as height, and for their explosive power in a vertical jump tests.

Each athletes’ results will be sent directly to them so they learn how they compare to national benchmarks. The results will also be shared with National team coaches to give them a better understanding of the players who could potentially join the talent pathway.

The testing will take place on Saturday May 26, 2018 for female players, and on Monday 28th May, 2018 for male athletes. Each regional team will be given a timeslot for their players to take part in testing. If players would like to take part in the physical tests, they must have written permission from their guardians. The consent form was sent to each region and is also available to download here – any competitor at the event wanting to be test must bring this along to the testing. Only players who are competing at the Inter Regionals are eligible to be tested.

This entry was posted in Home, Junior. Bookmark the permalink.