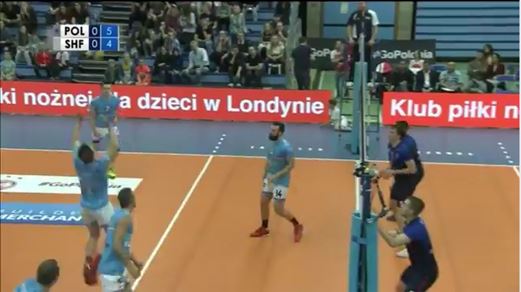 Thanks to a massive investment by IBB the Polonia Men’s sponsor we had LED Court side boards for the 2 Super 8 games at Brentford.  Add to that that the two clubs Polonia Sideout and IBB Polonia also laid their taraflex floor and we had TV crews send the matches out live across the Internet, and you will understand that I believe we have set a new standard. 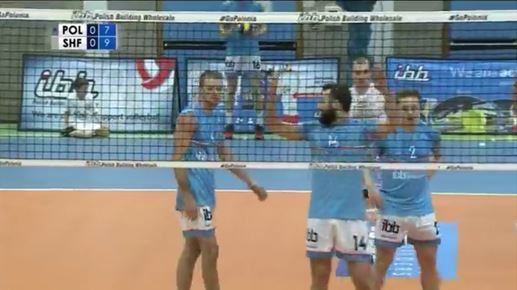 To see the effect go to

and you can enjoy the Men’s match there too.

IBB Polonia London have agreed a deal to have their games screened live by two top broadcasters.

Starting with their first home fixture which takes place tomorrow, the club’s men’s matches will be streamed live on Facebook by UNILAD, one of the biggest social media broadcasters. The games, which will showcase English volleyball, will also feature on Polish TV sports channel, Polsat.

As part of the deal, England’s reigning Super 8s champions are also developing their match day experience. All matches will be played on a Taraflex floor, LED sponsorship signs will feature in the arena and music will play over a PA system to entertain the fans.

The move represents a huge leap as the club keep looking to drive the sport of volleyball forward in England.

“This weekend will begin the new generation of English volleyball. Right from the start we will be setting the bar very high. We are following in the footsteps of top European teams and hope to develop volleyball in this country at our home venue in London. Saturday’s game is only the beginning of where we are aiming to be in the future.” said Bartek Luszcz, IBB Polonia London Chairman.

Saturday’s game Super 8s game should be a great spectacle as Polonia take on Sheffield Hallam, who they defeated in the last season’s play-off final to win the elite crown. Before that game, Polonia’s ladies take on the current champions of the women’s game, Team Durham. That game starts at 12.30pm with free tickets available.

If you can’t get to venue, then tune into UNILAD’s live stream at 3pm to watch the men’s match and a be part of a historic moment for English volleyball.

This entry was posted in Home, News. Bookmark the permalink.