Beach Volleyball – what sand was made for 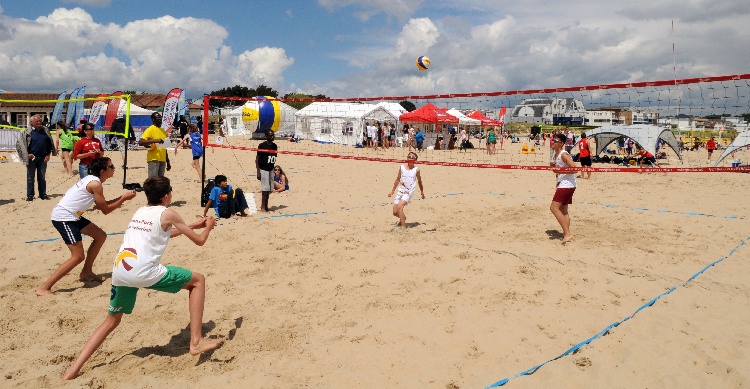 It was another fantastic Sandbanks Beach Volleyball Festival this year. With 140 junior teams in 19 competitions and 40 adult 4’s teams in 3 competitions, entries were up by 33% this year. The biggest concern was potentially the weather. However, whilst dark grey clouds and heavy rain fell on Poole and Bournemouth, the Sandbanks peninsula continued serenely to be bathed in sunshine.

The team of volunteers had worked hard to make sure that all teams had an enjoyable time, including playing 4 to 6 matches a day, free water (donated by Asda and Fitness First), free suncream (donated by Boots) and free physio / massage services provided by Bournemouth University.

Tournament Director, Geoff Allen, said “Our organising team feel proud that many top British beach volleyballers have developed their skills as youngsters at Sandbanks over the years and want to continue to offer future generations of young players that opportunity. What was particularly pleasing this year was that 28 under 14 teams entered and that several schools / clubs said that having dipped their toe in this year with 1 or 2 teams will bring back 5 or 6 teams next year. It shows that there is a demand for beach volleyball. However, we don’t want to get too big again, because our volunteers are just that, volunteers. They give their time for free and we don’t want to overdo it. Even so, one long-term volunteer, Helen Tinker, still celebrated a very special birthday at the tournament.”

The cream of Britain’s young volleyball talent competed for eight British Open Junior Beach Volleyball titles, at Under 14, 16, 18 and 20. In addition there were Division 2’s at each age-group, Under 12 competitions, adult mixed 4’s, and a Men’s 4’s British Championship. 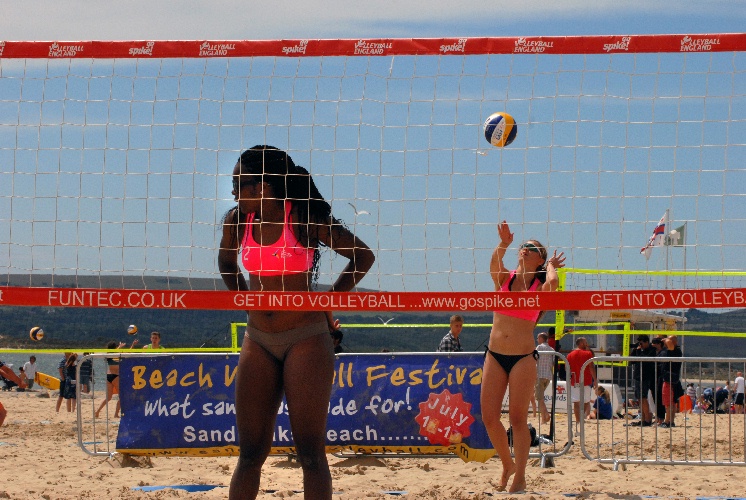 Junior Men
Two players who emerged with the great credit were 16 year-old Wessex’, Harry Jones, partnering 15 year-old Ryan Poole from Boswells. They won the British Under 18’s Championship, beating Sam Allen and Nathan Fullerton from Leaf Academy, Bournemouth in the Final, and reached the Final of the Under 20’s, losing to Sam Walrond (Leaf Academy) and Hayden Lawson (Croyde, Devon).

In the younger boys’ age-groups, Javier and Joaquin Bello from Richmond, showed their class by winning both the Under 14’s and Under 16’s, beating Noah Goalen / Yoan Kuzmanov (OPS) and Ed Van Wingerden / Tom Allen (Wessex) in the Finals respectively. Younger brother, Enrique Bello, partnering Nicolas Silon (Richmond), made it a family triple header by winning the Under 12’s Final against Edward Dawson and Harry Copestake (OPS). 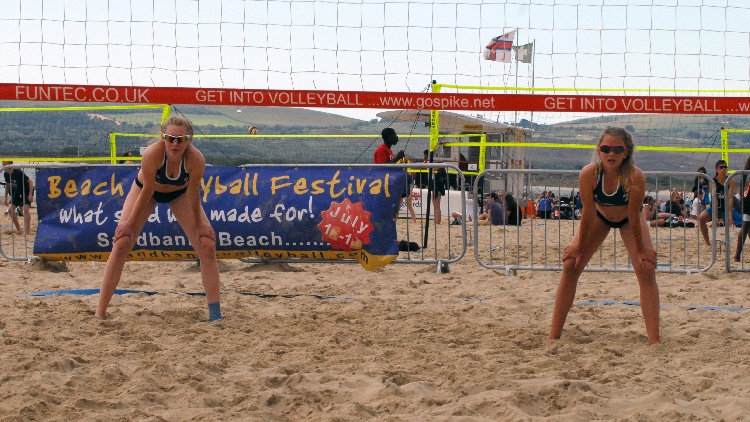 Adults
After an absence of several years, the Men’s British 4’s Championship was reintroduced. After a series of long, tough matches, the Ashfield Vipers team of Musk, Clews, Melia and Bradley were crowned British Champions, beating the Reading University team of McMenamin, Bruno, Santos and Kubo.