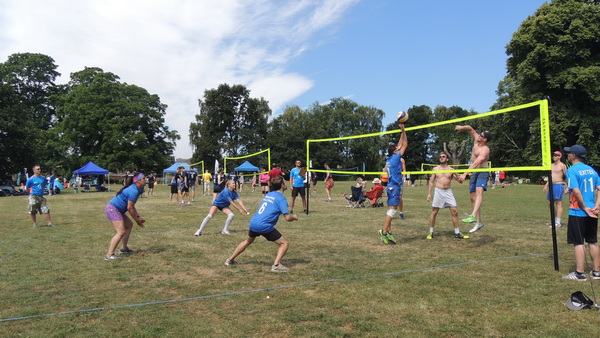 Twenty teams competed split into two divisions after 70 matches we had our semi-finalists in each division. Despite the heat it was a day with some excellent volleyball and great camaraderie between the teams, with several playing in their first tournament, through to seasoned campaigners. 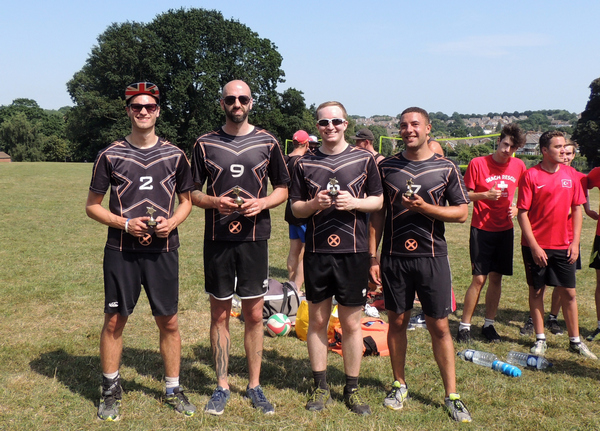 In Division 1 both semi-finals were extremely close fought matches, with last year’s winners Kernow just holding off Shark in Park by a couple of points. It was even closer in the other match with Exe Men just one point ahead of Friends United. In the final local team Exe Men showed their determination to get revenge from a loss to Kernow in the early rounds and took the title from Kernow. 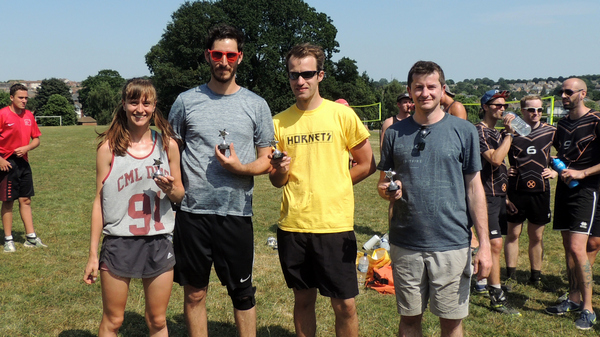 In Division 2 local teams Basia and the Giants and Bidders Beauties both lost out in their semi-finals to set up a final between Bristol Hornets and G JAB (from Weston-Super-Mare). Bristol Hornets were too strong for G JAB and comfortably took the Division 2 title. 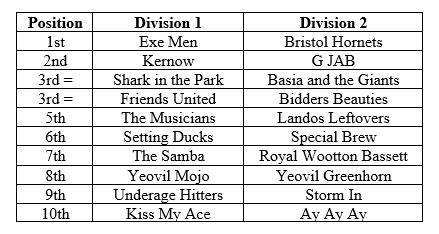 This entry was posted in Home, News, Tournaments. Bookmark the permalink.