Inter Regional Round Up

University of London’s SportsDock played host to this year’s Inter Regional Championships across the early May bank holiday weekend. Northern Ireland also competed this year in the U14A and U16 girls competitions. 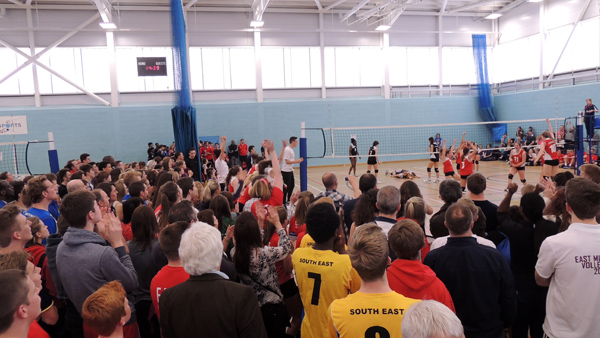 The final U16 girls match of the day drew the large crowd on Sunday, SW had already been confirmed in second place, the winner of this match would be crowd champions, the losers would take third place. 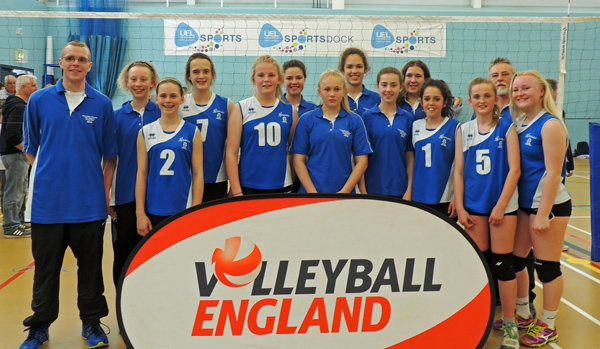 East girls dominated the U14A competition for the most part, winning all but one of their games in straight sets. They nearly came unstuck against the East Midlands who they only just beat 16-14 in the third set. London missed out on a top 3 finish, narrowly missing out on a victory against 2nd placed South West after a long 3 set match. A special mention should go to the South East who, despite finishing 7th, went to 3 sets in 3 of their matches losing out 12-15, 16-18 and 12-15 so on another day, they could have had 3 wins from their 6 games. 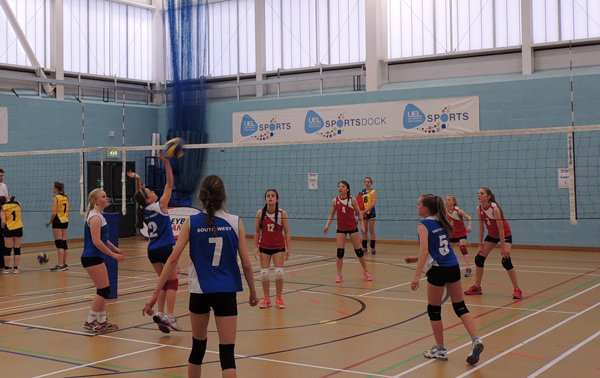 The U14B competition was played as a 6 team round robin followed by semi finals and a final. The format threw up some interesting results! West Midlands topped the pool, winning all 5 matches in straight sets. South West, London and the East were all tied for second place and had to be split by sets average. This left London to face West Midlands (4th vs 1st) and the South West to play the East (2nd vs 3rd) in the semi finals. For the first time, West Midlands faltered and London capitalised to win in straight sets 25-23, 26-24. 3rd placed East also upset the final pool positions, beating 2nd placed South West 25-20, 25-17. The final couldn’t have been any closer; East got one hand on the trophy, winning the first set 29-27. London hit back in the next two though, winning 26-24, 15-13.

West Midlands ran out winners of the U16 girl’s competition, although they were pushed close on several occasions. London, Northern Ireland and the South East all took them to three sets but weren’t able to take the crucial game when it mattered. 3 teams were tied at the bottom of the pool with one win apiece and could only be split by sets average; South East finishing 5th, Northern Ireland 6th and East Midlands 7th. 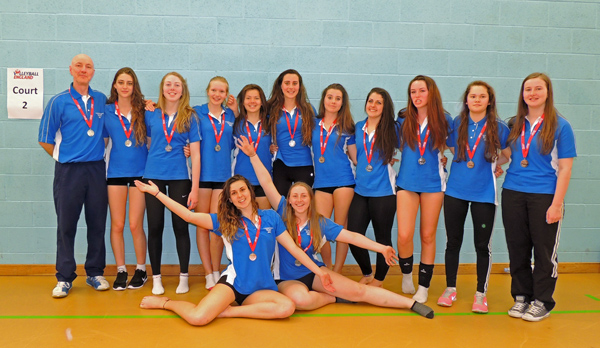 Full results for the competition can be found here