As we start 2020, a quick update on the leagues, although Torexe are currently top of the Ladies league, Taunton Kidz are currently unbeaten in third place. So plenty to play for with Cheltenham in 2nd and Polonia in 4th place. 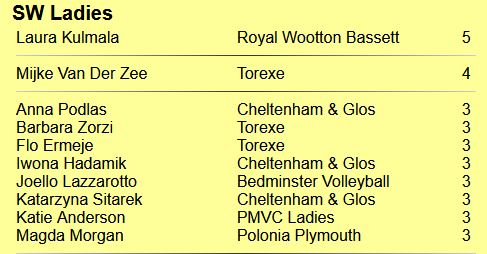 In the Men’s league, Exeter Storm are still unbeaten this season with 10 out of 10 so far with Lydney Lynx in second place.

Ridvan Karacay (Storm) has picked up the most POM nominations so far, with George Maller, Josh Mudge & Matt Board all on four nominations.