I went over to Namibia on a school trip, we had a variety of activities lined up, one of which was working at a school for 5 days doing general repairs. I was lucky enough to receive some volleyball equipment (portable net and some balls) from the Exeter Challenge project fund plus a ball, some pens, badges and a variety of coaching cards from Volleyball England to give to the school. 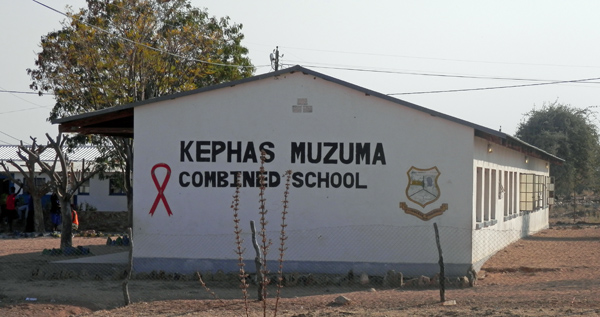 I thought I would be able to write this report before I went, saying how energetic and active the kids were, yet didn’t quite get the hang of volleyball. However, I was quite wrong. 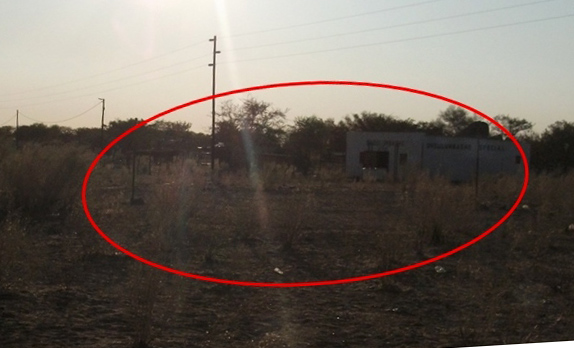 At the school there was a skeleton of a volleyball court, which consisted of a cleared area, surrounded by small spikey bushes, and two posts, no net. The ground was a thin layer of sand on more hard sand, with occasional stones, nothing you would want to dive on, that didn’t stop them trying.

In the afternoons at the school we went out onto what was their field and played with the children with the donations that we had brought for them. On the first day I didn’t put up the net, but took a ball.

I thought this would be used as a football quite quickly, however just saying volleyball they knew and started to dig and volley the ball to each other. This attracted a bit of a crowd and soon the older ones had joined in and drawn a line in the sand for the net. They played with a ‘give it to the tallest player’ system, from watching this and talking to some of the children I found out that they are taught volleyball in school, and know who serves and do a simple everybody plays everywhere rotation. 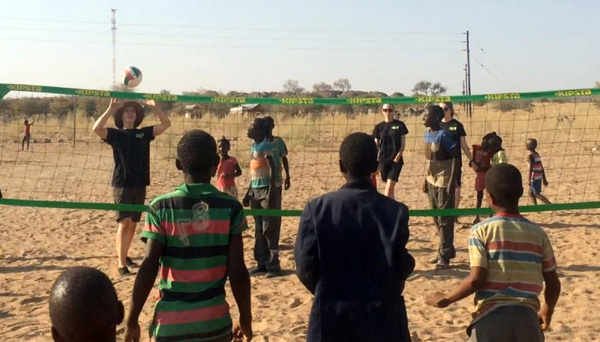 The next couple of days I set up the net, with help, wanted or unwanted. Quite quickly, even before the net was stable, a game had been established, with equal teams, although numbers consisted of around 8+ people on each side.

The sand became the score board, there was no rotation, but we did swap sides and there was very loud and aggressive arguments about net touches. More than 3 touches were not allowed and you must always go around the post, not under the net when swapping sides, otherwise you would be laughed at and told off. 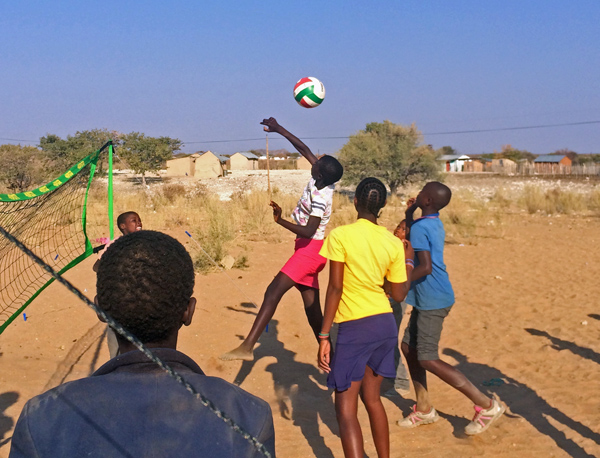 The younger ones only knew what to do from watching the older ones, and would soon get bullied off the court when the elder ones came out.

Some would lock their fingers whilst digging and volleys where more fingers than thumbs, however, they were happy to receive any help, but I did find it hard to correct them whilst I was being called ‘The American’. 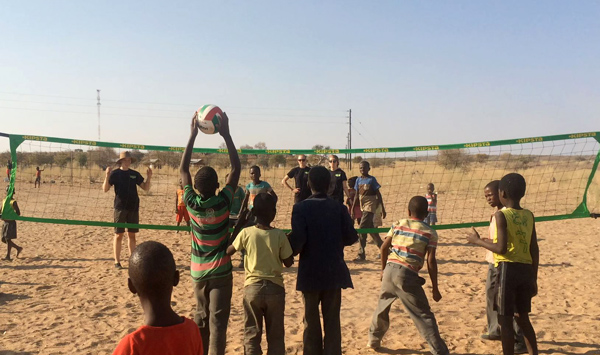 There was very little shouts of ‘mine’ happening, it was more everyone ran for it. The girls were the worst for this, people would come flying out of nowhere, landing on people as they came, just to get the incoming ball. The older boys just appointed spaces, of it’s in your space you get it, if you don’t they give you a very disappointed look, I found out. 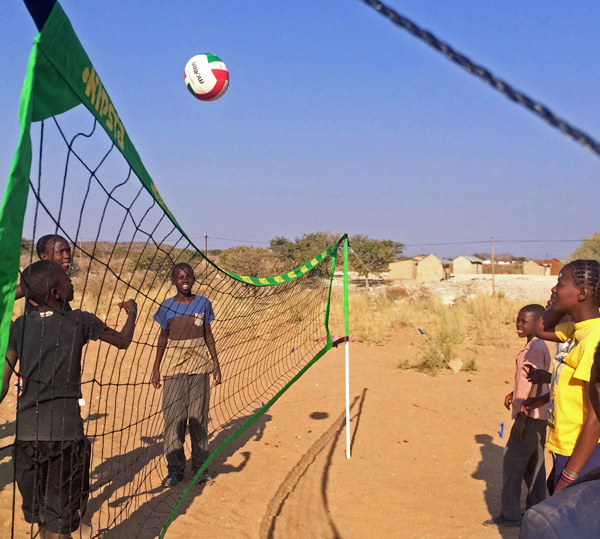 From this experience I have learnt how differently those children viewed sports compared to children over here. They will try anything and put their full effort into whatever it is, even when they may not fully understand what it is that they are doing, they will still try. 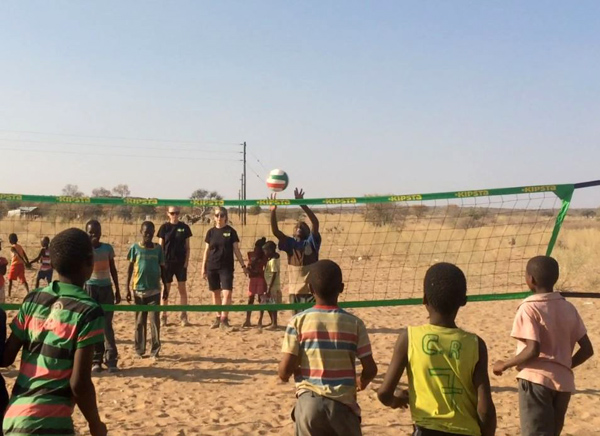 I would not have been able to do this without the Exeter Challenge fund providing me with a net and some balls. I also received some items from Volleyball England, which included another ball, some pens and badges and a variety of coaching cards. 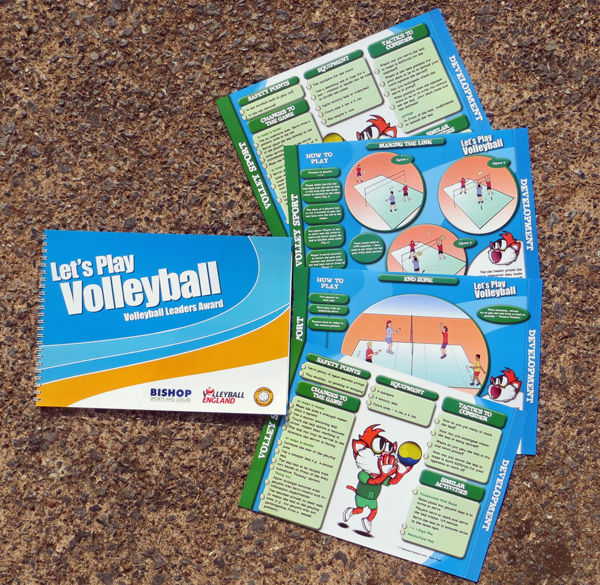 I gave these to the school when I left, I think the school will benefit hugely from the coaching cards as they had a variety of drills and techniques, with helpful pictures. The cards were in English, however, this should not be a problem as their English was very good and they learnt a lot by seeing actions rather than being told.