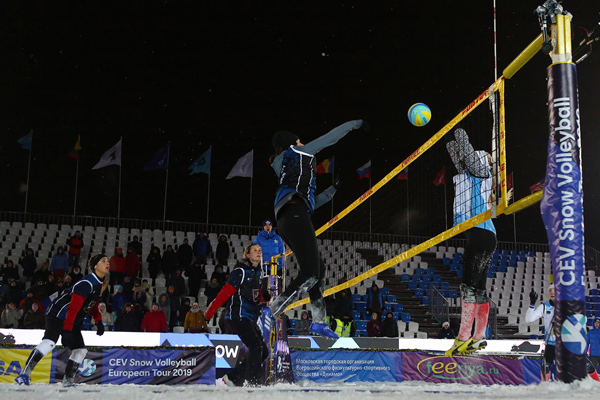 Snow volleyball has taken several form over the years, previousley played at top ski resorts. This year we have a CEV tour, new rules, a 3 A Side game, TV coverage on Eurosport and this weekend, played in the middle of Moscow in full winter gear. 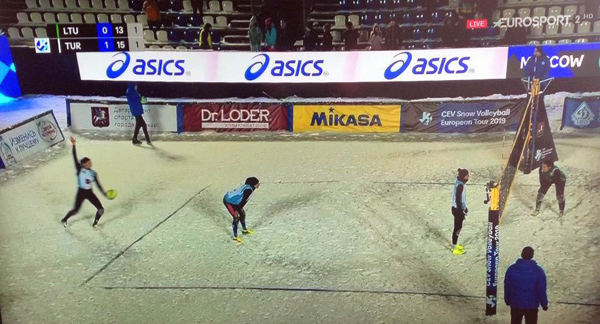 The very first stop of the CEV Snow Volleyball European Tour 2019 held at Vodny stadium in Moscow was a historic event in many ways. It was the first competition contested according to the latest Rules of the Game, with three players standing on each side of the net and substitutions allowing the participation of a fourth player as well. The tournament featured extra-European teams from USA, Brazil and Kazakhstan and while adjusting to the 3 vs 3 format, the players could familiarise with the new Mikasa ball specifically designed for Snow Volleyball as well.

Through the live stream available on the CEV’s OTT platform EuroVolleyTV, fans from across the globe could follow all of the Main Draw matches since Friday morning – and TV production with as many as eight cameras was available for the semis and all medal matches, thus accounting for an innovative, high-level product.

The Moscow event broke new ground in many more ways, as the first international Snow Volleyball event held in Russia and the first of this magnitude to take place in a major city. Moreover, the organisers made available as many as three courts – with the top matches, including semis and finals, taking place in the iconic centre court of the Dinamo Sports Complex with a capacity of 2,600 seats.