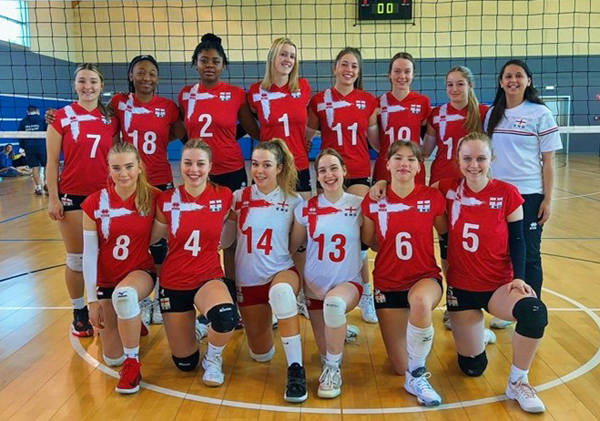 This Easter, I was selected to play in the Cornaccia Cup tournament in Italy. For a lot of the juniors, like myself, this was our last year in the England talent programme and were delighted to get the opportunity to compete internationally.

On the 15th of April, a team of cadet girls, junior boys and junior girls all met at Stansted airport early in the morning. Our flight was just under two hours, during which time the boys played a game of musical chairs, we finally arrived in Pordenone. We were met with the warm Italian weather and an hour bus ride to our hotel. The place we ate dinner at was a communal place where all the teams ate together, in a school canteen-like style.

After eating, we hopped back on the bus to get to the hotel. By this time it was quite late and everyone was incredibly exhausted from all the travel. Once we had our team meeting, went straight to bed.

We played our first match on Saturday morning against an Italian team named Pallavolo Brugnera, being our first match, we had an incredible slow start to the game and were pretty much destroyed by them.

Now the team had had time to gel, we went into our second game much stronger. We played a team from Buddapest called MTK. The atmosphere on and off court was absolutely incredible, and everyone massively stepped up their game, diving for every ball, attacking every shot. 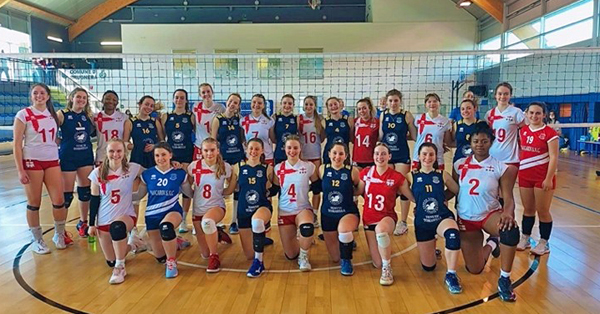 Although we lost all three sets, the score in all three was 25 to 22 – it was a little frustrating because we genuinely believed we could have taken at least one set if we had just been able to finish. However, our coaches were still impressed by how far we had come since the morning and knew we had two more games to play. 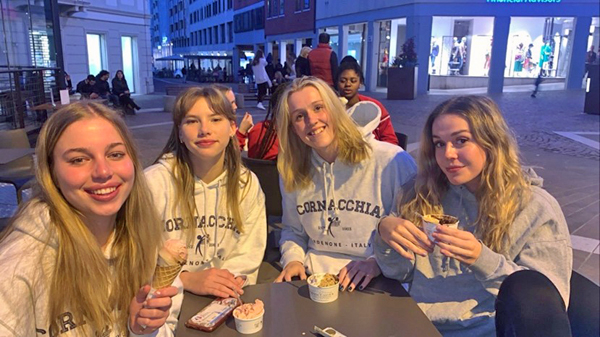 That evening, we were allowed to explore the local town and went to get some ice-cream.

We played our third match on Sunday morning against a team from Sweden named RIG, unfortunately we were just no match for them and lost all three sets to them. 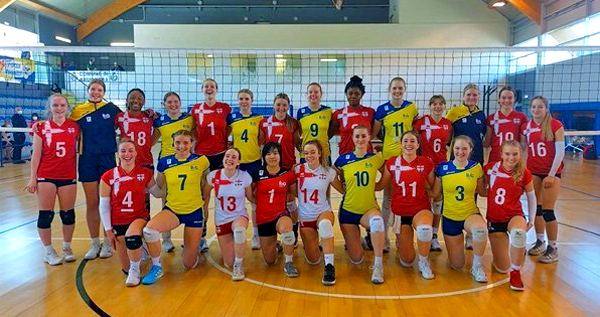 We only scored 11 points in the first and last set and in the second, we reached 13. I think most of us were quite disappointed with our performance and were determined to improve for our final match.

After lunch, we went to play our final match against another Italian team named Domovip Porcia, and we really gave it our all. The game was incredibly close, and we actually managed to take a set of them. Although on another day we could have potentially beaten them, we were so proud of how well we played in this game and everyone felt as though we had won.

That evening we went to the town again and were joined by the boys who hired E-scooters and were whizzing through the streets, we even made our coaches have a go on them. 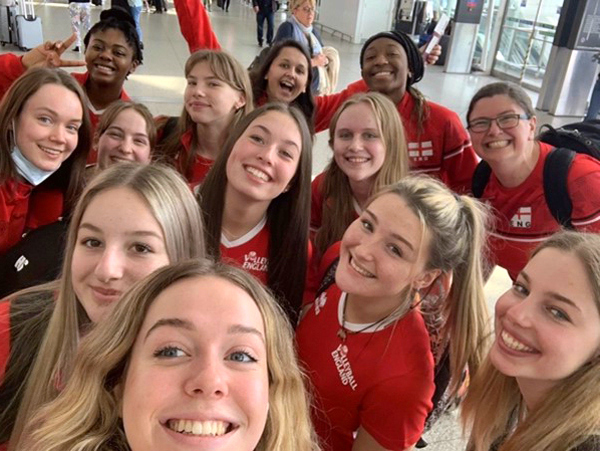 On our last day in Italy, both junior teams didn’t have any more matches, so we went to support the cadet girls play their final game and to see then win their first game! At least we were coming home with some success.

The weather was so nice, we went to town at lunch. After watching the women’s and the men’s finals, we attended the closing ceremony and received an award for participation. Although we didn’t fully understand what was going on as the ceremony was presented in Italian, so the girls next to us were translating it for us. 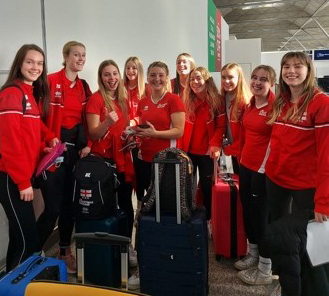 On Tuesday morning I had to wake up at 5am, that was rough. We ate our breakfast and headed off to the airport for our flight home. All the teams had bonded really nicely on the trip and although it had been a lot of fun, we were all very excited to sleep in our own beds again.

I want to thank our coaches Alex Smith and Cat Machado for taking us to Italy, they did an amazing job managing the team on and off court. I’m very grateful to have been able to play internationally alongside such amazing team of girls that got on as well as we did. It was an incredible experience.

This entry was posted in Coaching, Junior, News, Volunteering. Bookmark the permalink.