My World U21 Experience – Anaya Evans

The North Devon’s pairing of Anaya Evans and Ellie Austin took on the world earlier this summer in a sponsored trip to Lucerne for the FIVB’s World U21 competition. We caught up with Anaya (No 1) and asked her about her experience. 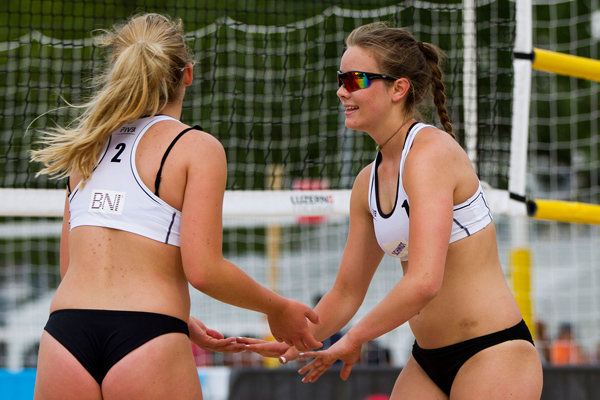 I first started playing beach volleyball with Ellie 11 years ago and have grown up with her ever since. So it was great to be selected to compete in the world u21’s with her as I knew it would be like stepping on to court with my ‘younger sister’. After a very long car journey we arrived in Lucerne, Switzerland on the 9th of May.

On arrival I was stunned by the beautiful scenery that surrounded the competition area. I was so grateful to be doing something I love in such an amazing and unique place. Before the competition we trained hard to adjust to the environment, get used to the conditions and to get the journey out of our bodies.

We also scrimmaged against a Turkish team, in which we executed are game plan in well, giving us a confidence boost before the game the next day. 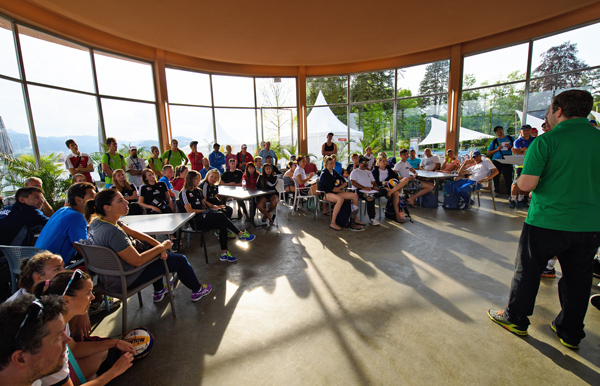 I didn’t feel very nervous when we entered the draw as I’ve been through the process before. I was more excited to see who our opposition would be. When we heard England will play USA my nerves picked up a bit but my excitement for the challenger ahead outweighed them.

Once we knew who we were playing against our teams talks became more structured on how we were going to beat team USA. For game day we prepped like most other days trying to keep it as relaxed and as comfortable as we could. This helped settle nerves whilst preparing and amping us up for the match ahead.

We got to the court early and began our usual court warm up. When the other team arrived, it was our first chance to see them play and to understand what they did. We knew our game plan it was time to execute it. We started poorly to begin with as the nerves took over and they consistently picked on Ellie, making it harder for us.

However we fought back and turned our game around meaning that after losing the first set, we lead the second 16,14. This was a great turn around and we were beginning to prove what we could do. However we couldn’t fight for long enough and the American team re structured their game plan and fought back to win the second set and the game. 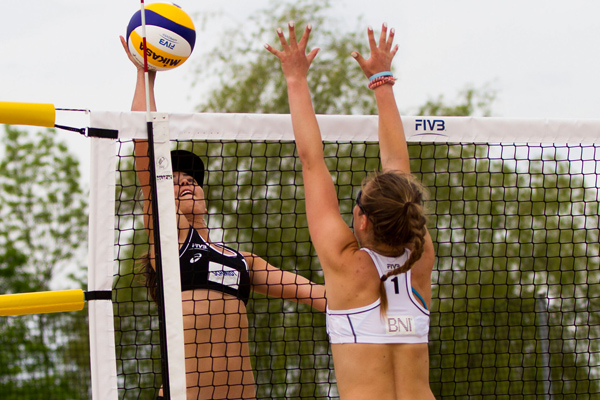 Although we did not win the game, we learnt a lot about ourselves and each other which is key when playing in a new partnership. Since Switzerland we have continued to compete and progress and build what is going to be a strong team.

The event format for a world age group qualifier is single elimination, meaning if you lose a game you are out. It’s very brutal but this is what it’s like on the world tour and learning to win games in this environment is essential.