Yes it’s December, it’s 12 degrees at our SW IRC Training venue this week (no heating), a bit warmer at the SW Junior Grand Prix in Weston SM, however in a tent in Bournemouth, it’s the final beach volleyball event in Europe for 2014, with SWVA players Ellie and Millie making their first senior appearance.

From VE Web site: England women’s team Jess Grimson and Vicky Palmer continued from their success from the continental cup round 2 success with a win in the opening match against Finland team Kivilahti /Tuomola 21-19, 21-17. 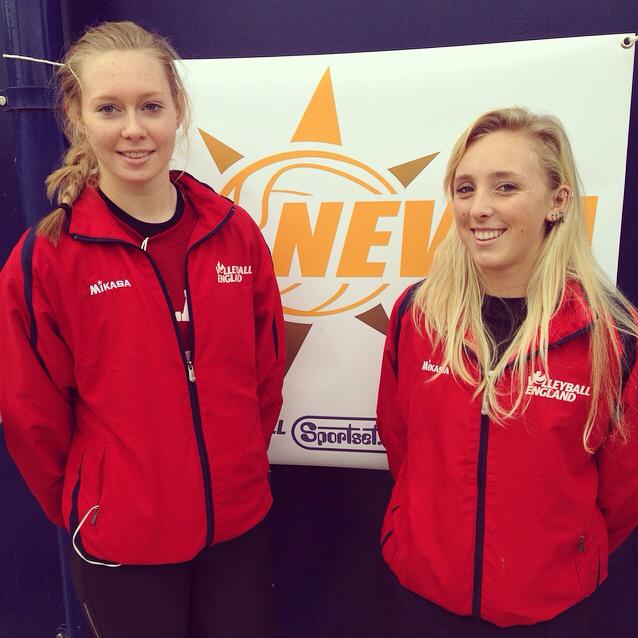 The following match saw Sport England TASS athletes Ellie Cranch and Millie Constable making their England senior beach debut as they took on 5th seeded team Trans / Sondergard from Denmark with the Danish side proving too strong and were eventual winners 21-9, 21-6.

Top seeds Lehtonen/Lahti winning both of their matches from the first day and move onto day 2 along with second seed Grawender / Lundqist from Sweden, both in a good position for another strong NEVZA result. 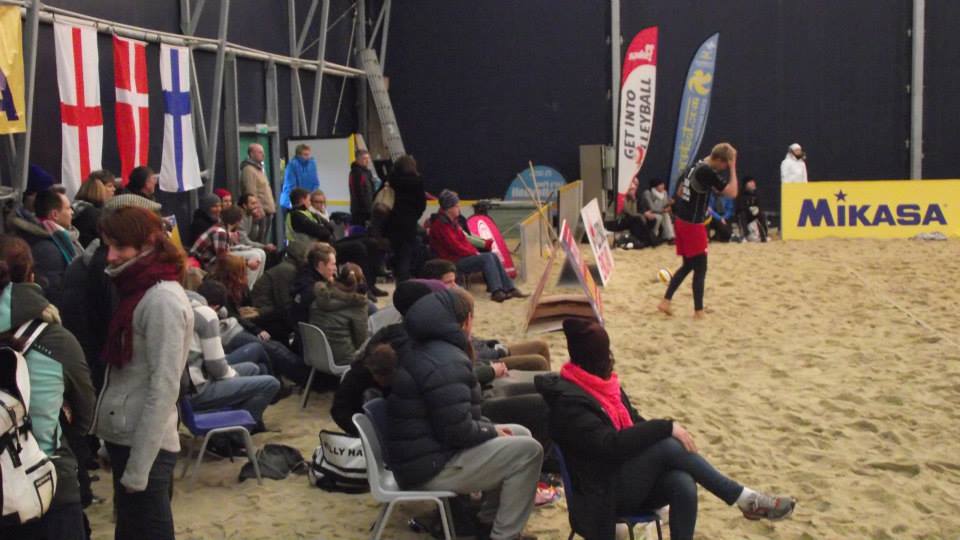 The men’s competition kicked off with England’s Carl Butcher and Mark Garcia-Kidd, both making their England senior debut, taking on the top seed team of Horrem / Eithun from Norway. The experience of the Norwegians was enough to see off the strong challenge from England and they won the match 21-17, 21-13. The next match was an all English encounter with Sheaf / Gregory facing Smith / Batrane, with Batrane also making his senior debut. The experience of Sheaf / Gregory saw them to a 21-11, 21-9 victory. In an all Norway clash, 3rd seeds Hordvik / Usken were able to overcome their compatriots Johansen / Johansen 21-13, 21-11 who successfully move into the second day unbeaten.

Mark Garcia-Kidd “It was a great experience to play in a senior competition and to understand the level and standard of international teams. We will learn from this and come back better and stronger next year”

Top seeds Horrem / Eithun from Norway have made it through to the second day undefeated whilst 2nd seeds Olesen / Kildegaard from Denmark lost out to Viljamaa and Siren from Finland and will have to make their way through the losers bracket along with home team Gregory / Sheaf who lost out to Bergerud / Solhaug earlier in the day. 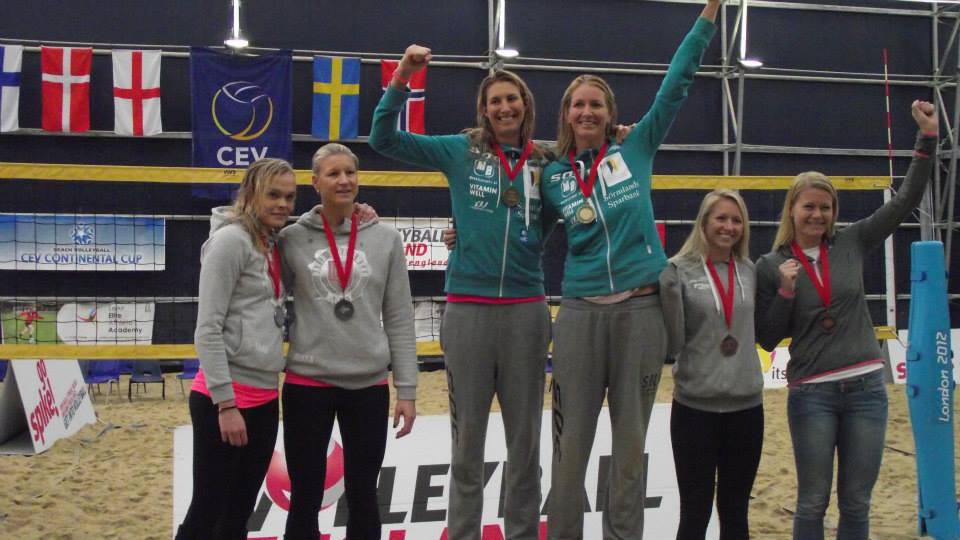 For results and the full schedule visit:
http://www.deepdishbeach.com/#!nevza-bournemouth-2014/c1bj8