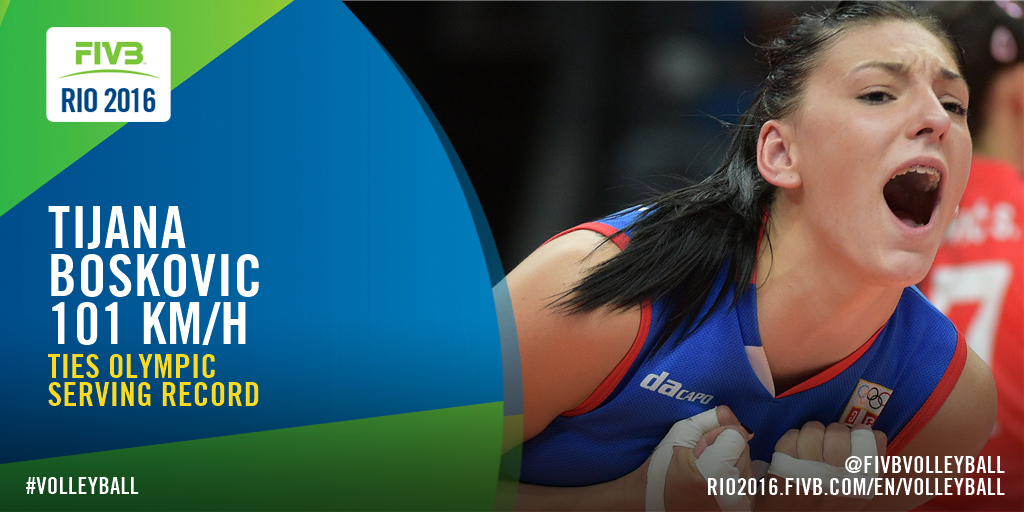 It is the fourth time that the Olympic speed record for servining was broken or tied at the Rio 2016 women’s tournament, after her Serbian teammate Brankica Mihajlovic opened the bidding at 99kph on the very first day of competition, last week against Italy.

Nineteen-year-old Boskovic became the first player in Olympic history to break the 100kph mark at exactly that speed against China – only to see that record fall again in the same day with a 101kph serve by Italy’s 17-year-old Paola Egonu against USA.