Talbot Heath wins through in the South West Mini-Volleyball Championships

Talbot Heath Junior School in Bournemouth are celebrating a double volleyball victory after winning the final stage of the South West Grand Prix and the South West Championships last month. Talbot Heath had already won the indoor mini-volleyball Grand Prix (league) in their last competition, but were determined to achieve the double win. 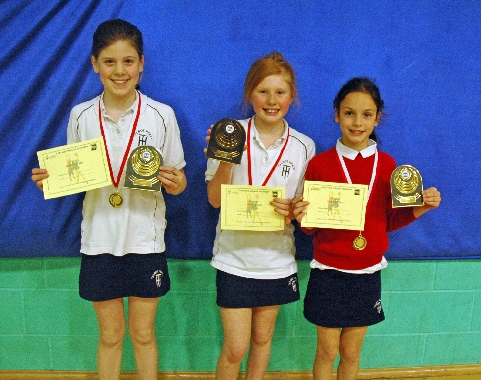 The U12 first team squad, consisting of Issy Wedderburn, Amelia Connolly, Alex Cornell and Yana Judson, played some excellent 3-touch volleyball and succeeded in being crowned the South West League U12 Girls winners with a total of 41 points. Whilst the second team, with Josephine Garcia, Yana Judson and Charlotte Stasnborough, achieved a superb second place with 20 points. 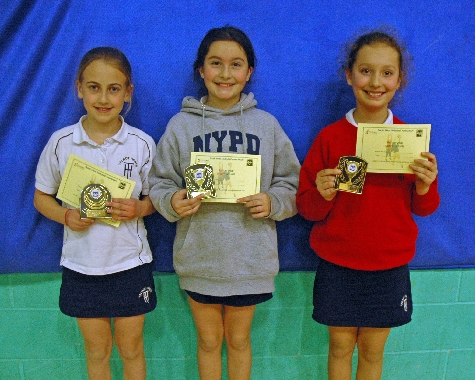 Talbot Heath gained the double victory as the overall winners of South West Championships. Both teams’ performance once again highlighted their depth of talent, teamwork and determination of which the school is very proud.

The indoor mini-volleyball season drew to a close on Saturday 17th March with the final stage of the South West Grand Prix and the South West Championships, with several teams from the Bournemouth area taking part. Talbot Heath had already won the Grand Prix (league) in their last competition, but could they do the double and could their
second team do enough to snatch the runners-up position.

The first team started strongly, with the highlight being the match against Academy, from Croyde in Devon. There was some really good 3-touch volleyball being played from both sides, and in the Talbot team, the link play between Issy Wedderburn and Amelia Connolly was especially impressive. Issy often setting up Amelia for a clever touch over the net and then on countless occasions, Issy smashing beyond the reach of the Academy girls. When all looked lost in the point, there was Alex Cornell to pick he ball up to set up another attack. Some superb serving from all three players allowed Talbot Heath to win, what I considered the best match of the day, 20 -16.

The crunch match for the second team was also against Academy, with the winners likely to end the season as runners-up in the league. There was some superb serving from Charlotte Stanbrough, good defensive play from Yana Judson and gritty digging from Joshephine Garcia. A determined display from Talbot Heath saw them edge out
Academy 19 – 15. All their good work seemed to be undone when the suffered a surprise 13-14 defeat against Swindon; but Swindon repeated their performance by beating Academy 21 -15. The second team then played Wessex Oreo’s, the favourites to win the tournament, as they were made up form the players who won the competition last year.
Despite some strong defensive play, the Wessex team proved too strong and won 20 -13.

Two other Talbot Heath teams were also taking part, Talbot Heath Aces started strongly by narrowly losing to Wessex Oreo’s 14 -19, thanks in part by some really strong serving from Lauren Purchase and defensive play from Olivia Romero-Pratten, with support from Lavinia Hakkanson. They went onto finish sixth on the day and tenth in the league.

The Talbot Heath Giants were making their debut in a volleyball competition, they were the youngest team to take part and caught the eye of Lynn and Geoff Allen (Wessex Volleyball) for their movement and advanced digging skills for their age. Francesca Rowley and Hannah Elms really enjoyed themselves and are definitely two to watch for the
future.

The last match for the Talbot Heath first team was against Wessex Oreo’s, with Talbot Heath fully expecting the winners to be crowned South West champions. The balance of power kept switching between the two teams, it looked like Wessex were gong to win, but there was a great fight back from Talbot Heath, with all three players combining well in their attacking finish, but it wasn’t to be with the final hooter going with Talbot Heath losing 14 – 15.

It looked all over for the double, but then Talbot Heath found out that Academy had beaten Wessex 19 -18. How would that effect the results. Would Academy pip the second team to the runner’s up position in the league, could the first team still win the South West
championship. There was a nail biting wait while the individual points were totalled and the points for were divided by points against.

The South West League places were read out’

Talbot Heath ‘B’ had done it, they edged out Academy on the day by 1.13 to 1.06 in the ratio of points for and against. Talbot Heath ‘A’ had dominated from the beginning and were the deserved winners of the league, but what about the South West Championships?

Talbot Heath had done it, they had won the double, but wasn’t it close on the day. They now have to decide if they are going to compete in the U12’s next year again, or perhaps try their luck in the U13.