We have followed a number of our older representatives in recent editions, this time we asked Izzy and Tiago, both 13 to share their experience with us. 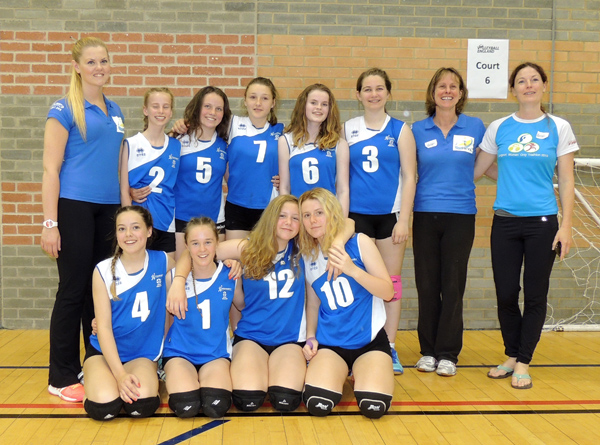 I represented the SW under 14’s squad in the Inter-regional championships. The girls in the Under 14’s were split into a A and B pool. I was in the B team. The under 14’s play a 4 a side game on a badminton sized court. The tournament was over 2 days held in Kettering against 6 other teams from the various regions.

There was 5 of us in my team and we took it in turn subbing on. I bonded with the other 4 girls throughout the weekend as we all shared the same values and ideas regarding the way we played and grew as a team.

The weekend made me a stronger player as I was constantly playing and improving and I was supported by great coaches who taught me more about the game.

Overall the under 14’s played really well and even though didn’t get a medal position, learnt how to play well as a team. I made new friends, improved my volleyball skills and had a fantastic weekend. ” 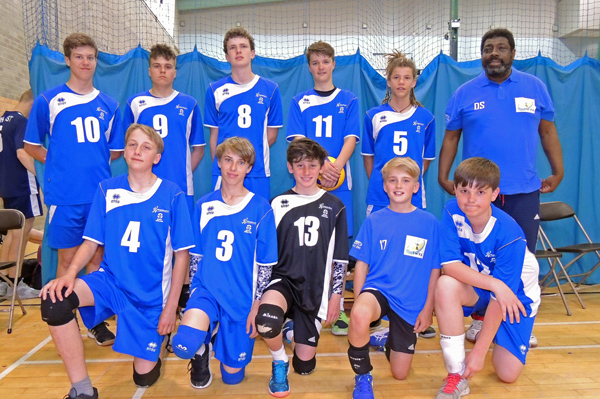 I was chosen to represent the u15 south west in volleyball over a two day inter regional tournament up in Kettering. The sports centre there was really good as it had four big courts with plenty of space for spectators and areas to warm up.

We drove up there on Sunday in a hired minibus; this was a very long journey that required an early start from Exeter. As soon as we got to Kettering we went to the sports centre where we supported the girls in their last few matches. We than warmed up for our first game against South East. It took us a while to get into the rhythm of this game and by the time we had got into the rhythm it was too late and we had lost the game. We than had to ref the next game which was East against North east. Our next game we played was against East Midlands and we won both sets. Happy with this result we then returned later than expected back to the hotel where we ate and got a good night’s sleep.

We then played against London, no one had taken a set of this team during the tournament. This was a very close game that ended up with us winning one set and London only just winning two sets.

We were extremely happy and disappointed at this result, as we were the people who played the best against them and only just lost.

Over all, despite having won against three other teams we came 5th out of 7 teams. It was a great and fun experience for me as I got to play with people who were more experienced and who played a lot better than me, and I will take some of what I learnt back to local games around Exeter.