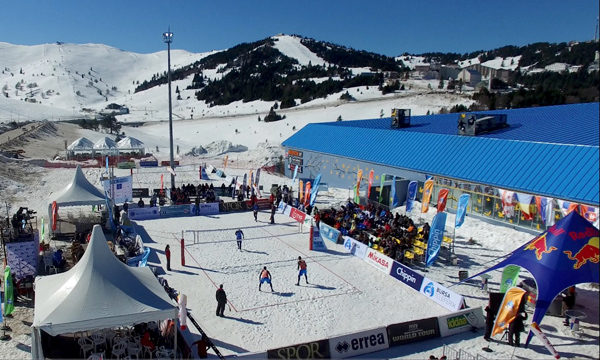 The second Snow Volleyball tour stop in Turkey, and the third of the season came to an end with Yury Bogatov and Ruslan Dayanov from Russia winning the men’s final match against Murat Giginoğlu and Safa Urlu, while Romanian pair Adriana-Maria Matei and Beata Vaida won the women’s gold after beating Russia’s Ksenia Khakimzanova and Liudmila Dayanova.

The sun shone all day on what was a hugely successful weekend, although the occasional bursts of strong mountain winds provided some hard situations for the players to deal with – but this is Volleyball on the slopes after all. 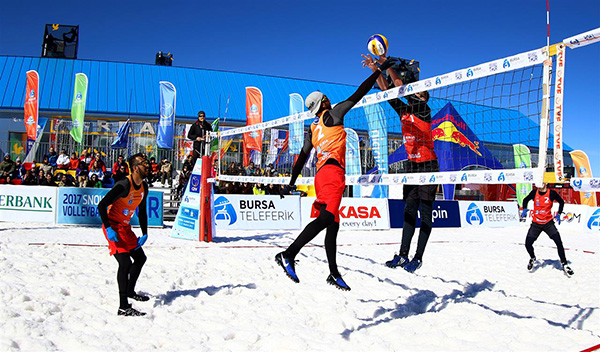 Around the court a great performance by the DJ throughout the long weekend made for a real mountain feel Volleyball festival. The attending audience showed intense interest right through to the final matches and the attention-grabbing Mexican waves made sure all who were passing by stopped to enjoy the matches.

Bogatov and Dayanov from Russia won the final match against Giginoğlu and Urlu in an exciting struggle 3 to 2 and became the champions in men’s category. While in the third place match, home side Hasan Hüseyin Mermer and Ali Osman Nurettin couldn’t play the match because of an injury and so Oleksandr Ioisher and Vladyslav Khrystov from Ukraine finished the competition in third place.

In the women’s category, Matei and Vaida from Romania left with the gold medals around their necks, after they beat Khakimzanova and Dayanova from Russia. Aleyna Vence and Nursel Yaren Sencel from Turkey finished the stage in third place and took home the bronze medals. Matei and Vaida celebrated their second gold medal in as many tournaments they have contested this year on the European Tour – they had previously stood on top of the podium at Erciyes as well.