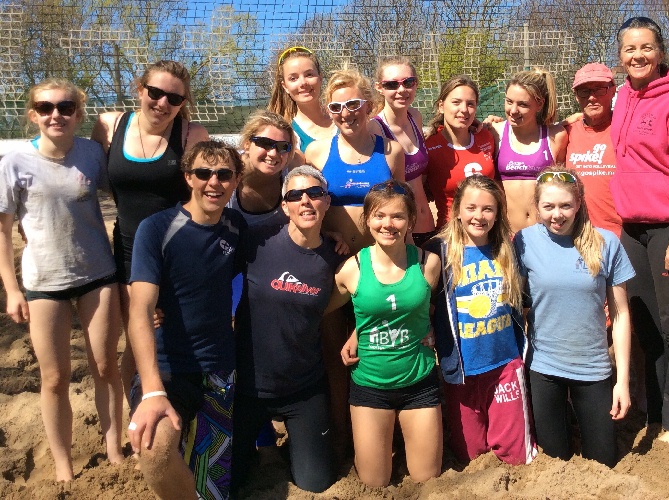 Denise Austin head coach of the Academy of beach sports is also the head coach of the National Junior beach volleyball squad. The beach season training kicked off with a three day camp over Easter at the beach courts in Croyde. “This is my first year officially in post, international players have been training here for years and we have produced many internationals. This is the first year of an officially recognised programme.

The juniors will be training to be part of the national squad who will compete on the national junior tour but also international events this summer”. Local athletes Anaya Evans, Millie Constable, Helen Farr, Sophie Watts and Ellie Austin are part of the squad. Amanda Glover 1996 Olympian is the other lead coach along with assistants, Sam Dunbavin and Arsene de Kessel.