We got away with it – just!

After months of hot dry weather in the southern half of England we approached the Whitefield weekend at South Bristol Sports Centre with some concern over the weather forecast which at times promised day long rain for the Saturday and a mixed picture for the Sunday.

Friday evening arrival did not bode well as teams had to put up their tents in heavy rain. We were expecting 125 teams but six teams let us down with late withdrawals. I am sure that some might be for  “genuine” reasons but others were just because of the weather and this is so unfair on the other teams that have fewer games and on those we turned away because the division was full. The missing teams will not be invited back next year! 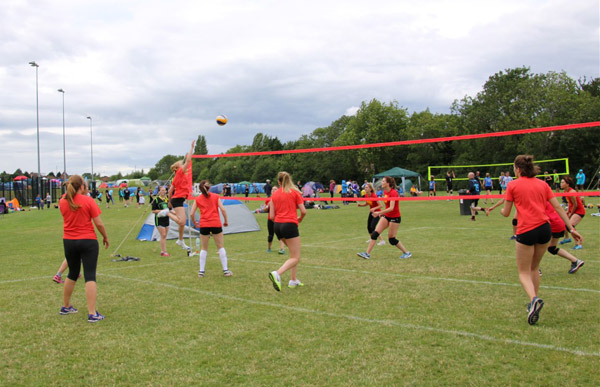 Saturday came and apart from an early shower, the day’s play went ahead in cloudy and windy, but thankfully dry weather. With a fairly dire forecast we changed from best of 3 set matches to 2 sets only. It meant an earlier finish, but at least we managed to complete all the games and I don’t think teams minded and generally they appreciated our efforts to ensure a full days play.

On Sunday we had to delay the start until 11.00 due to some heavy showers and changed the format to timed matches to give us the best chance to get games finished. Thankfully the showers held off and all games were completed. The teams departed and the heavens opened. 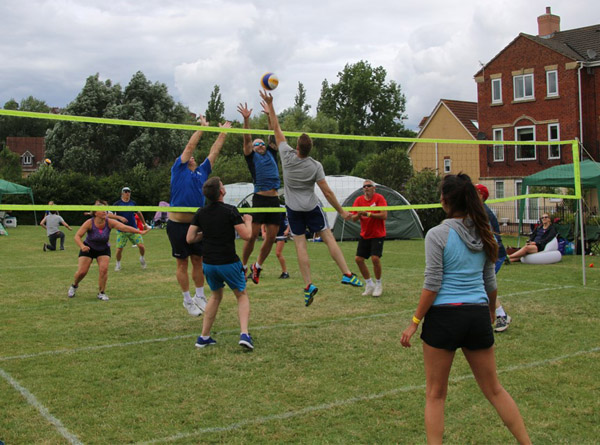 For an hour the organisers sheltered in the marquee, unable to clear up outside because of the extremely heavy rain which flooded the courts that had been perfectly playable an hour earlier.

As usual, the tournament was played in a great spirit. Many of the teams have been coming for years and years, but the newcomers also get into the spirit very quickly. We do not get the teams from other countries that we used to get, but the event has an international flavour with so many players from different countries now playing for English and Welsh teams. 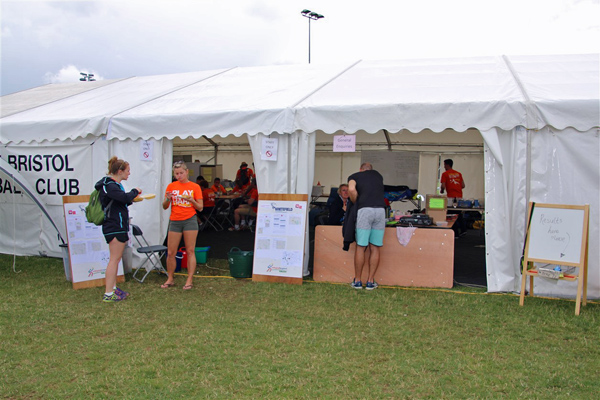 On the Sunday all teams are still playing for a trophy as we split into different divisions or organise plate competitions – so it is very competitive to the end – but generally in a very friendly way.