Each year we ask a number of our young athletes to report back on their experience, today we focus on Tom Falkner Ham who was selected to represent the SW at last summer’s Inter Regional Beach Championships. 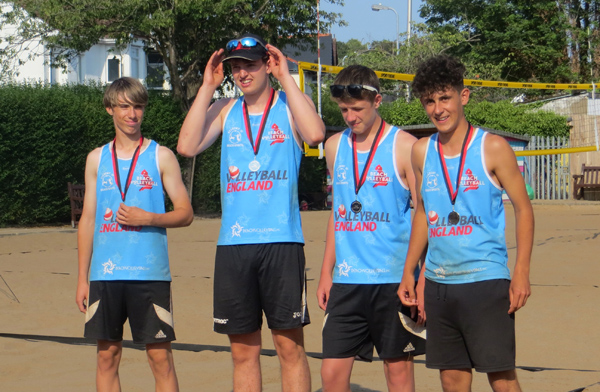 This was the first year the inter regional beach competition took place and I was lucky enough to be selected to represent South West England. It was held at the beach centre in Cardiff. The beach courts in Cardiff have only been there a few years and it’s an awesome setup already. It used to be a bowling green and now they’ve turned it into 6 beach volleyball courts! 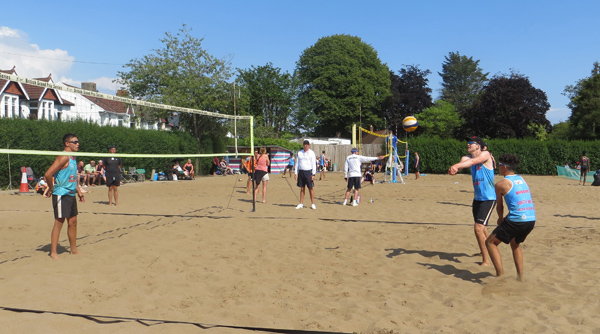 My partner for the competition was Dan Huggins. He was the defender and I was the blocker. We had never played together on beach and this was the first time. Our first game we played against a pair of wildcards in the tournament who we beat with confidence. It took us this game to get used to each other and how the other person set and passed etc. After the first game it just got better and better and we then won all of our games on the Saturday apart from losing against London which was a tough game which we lost 2-0. This meant that we were through to the quarter finals on the Sunday. 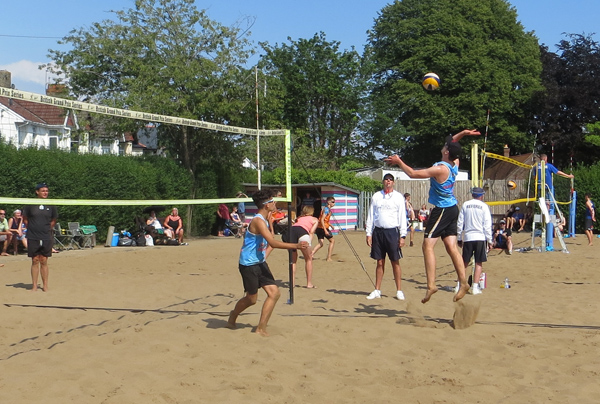 We finished on Saturday at around 6pm. We then went to Cardiff metropolitan university halls of residence as this was our accommodation for the night. It was only a 5 minute drive from the beach courts which was ideal after a tiresome first day. All of the food was provided at the beach centre so we eat there which saved us going out for food in the evening and morning.

The next day we went for breakfast at the beach courts before playing our first match. This was the quarter finals and we played South East. We beat them 2-0 and our second seeds also won their game so we didn’t have to play a golden set thank god! This meant we were into the semi finals who we played against West Midlands.

West Midlands were a strong team but we managed to beat then 2-0 but our second team lost against there second team so it had to go to a golden set. This is up to 15 points and only 1 set. We played the pair we beat 2-0 and we were 11-14 down in the golden set. We then managed to pull it back to 15-14 and then it went to 15-15 and then we took the set 17-15 so it was a great win for us! This meant we were through to the final to play London. 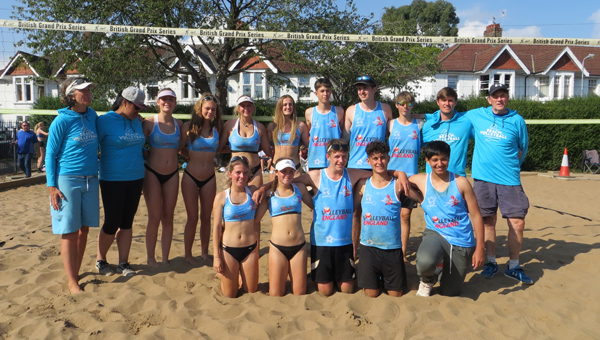 In the final, we won the first set against London quite comfortably. Then London got their act together and won the remaining two sets which was a hard loss for Dan and I. Our second seeds lost their game 2-0 which meant we were runners up of the competition. This was a great experience overall and a lot of beach volleyball was played. It was also very well organised!

This entry was posted in Beach, Junior, Volunteering. Bookmark the permalink.