When to Cheer and When Not to…

An item of interest that first appeared in issue 115… 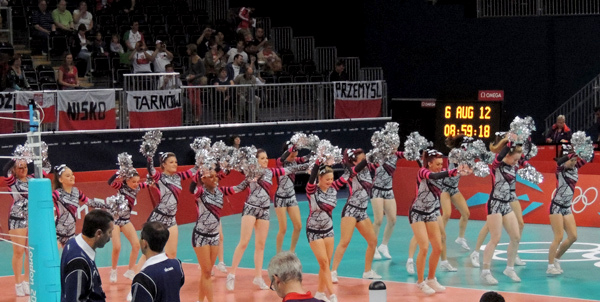 Do you know when it’s appropriate to cheer and when it isn’t?

One of the main responsibilities of a Cheerleader is to promote Club spirit and good sportsmanship. Your goal should be to involve the fans with your enthusiasm and zeal, but it is also important to know when it’s appropriate to cheer and when it’s not. As a Cheerleader, you should be a role model that leads the crowd in a positive way, shows respect for the other team’s players and fans, and that always displays proper etiquette.

When Not to Cheer
When a player is injured.
When your team commits a foul against the other team.
When either team is in huddle.
When a team makes a mistake or is penalized.
When the opposing team’s band is playing.
When signals are being called.
When you hear negative or insulting chants from the crowd or fans.
During important announcements.
While the other squad is cheering.
Other Points to Remember

Don’t block the view of the spectators with stunts during the game. Save them for time-outs, between sets etc.
Make sure you know when your team is on the offense or defense during the set.
It is a nice gesture to welcome the opposing team.
Show tact if your team is ahead and act gracefully if they are behind.
Cheerleading should be a positive experience, so set a good example. Always act with integrity, fairness and the leadership qualities that Cheerleaders are known for.