This year, the Sandbanks Beach Volleyball Festival became truly international for the first time.  Although it was for juniors only this year, there were three teams from the Scottish Development Squad, a team from Spain and 9 teams from the regional academy at Zwolle, Holland (which Wessex have twinned with).  The result was that the English players had to raise their standard of play in order to compete successfully and many players did.

With over 100 teams, 16 competitions, including the eight British Junior Championship each running over 2 days, this was the biggest junior beach tournament yet.  Indeed, the 15 courts in use on Saturday had to be increased to 18 for Sunday. 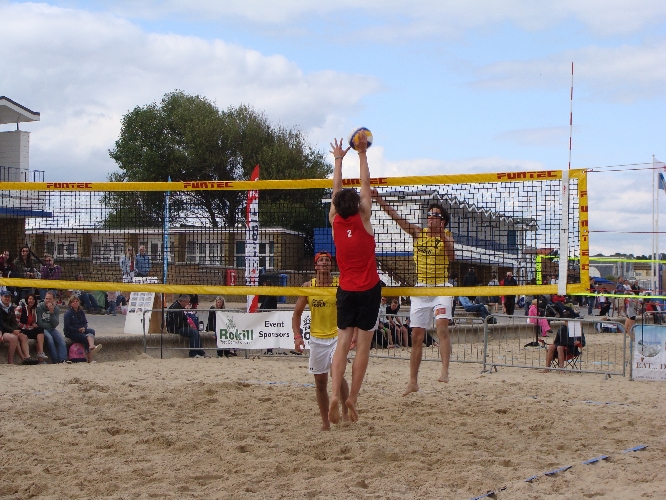 Dutch teams won 5 competitions, reflecting their twice daily training regime at home, and the Spanish Bello brothers showed their excellent skills in winning the U13 boys.  However, several English teams showed their class too, winning four of the major titles : 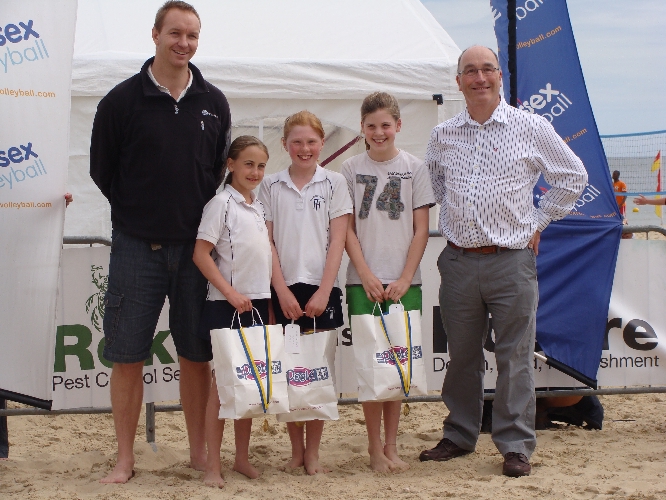 As always there are things that can be improved but there was a lot of very positive feedback after the weekend, both for the tournament and for the ever-improving standard of junior beach volleyball in this country.

This entry was posted in Beach. Bookmark the permalink.