The UK School Games is a multi sport Olympic style event complete with opening and closing ceremonies, an athletes village and has all of the home nations competing for medals. It was formed in 2007 as part of the celebration of being awarded the Olympics in London for 2012 and in line with Sainsburys Get Active campaign – this is now an integral part of the 2012 Legacy for sports.

This year there was a lot of representation from the SW in terms of Athletes as well as officials and volunteers. Representing England South Boys were Harry Jones, Sam Walrond and Sam Allen from Wessex and representing the England South Girls were Milly Smith, Lois Chitticks and Holly Merrifield from Wessex, Yasmin Kaashoek from Devizes, Anaya Evans from Academy of Beach Sports, Edith Waterman from Team Bath and Ellie Cranch from Plymouth Marjon Volleyball Club.

In the 7 years since the UKSG’s inception, there has never been an athlete from Plymouth represented in the volleyball at the UKSG – Ellie’s selection to represent England South U16 Girls has been an inspiration to all of her fellow club members and her success is fully deserved.

This was my fourth consecutive year officiating at the UK School Games and by far the most memorable. The event is a fantastic showcase of talent not just in the athletes but the volunteers and officials who make the games run smoothly. The volunteers in attendance from the SW region were Alex Stallworthy and Ray Berry as court managers, Nicky Stallworthy and Paul Locke as statisticians, Sarah Devon as an NTO, myself and Richard Parkes as referees, Serena Morten as Safeguarding Officer and Richard Morten as NTO Manager.

Well done to all involved in what was a fantastic advertisement for our sport. 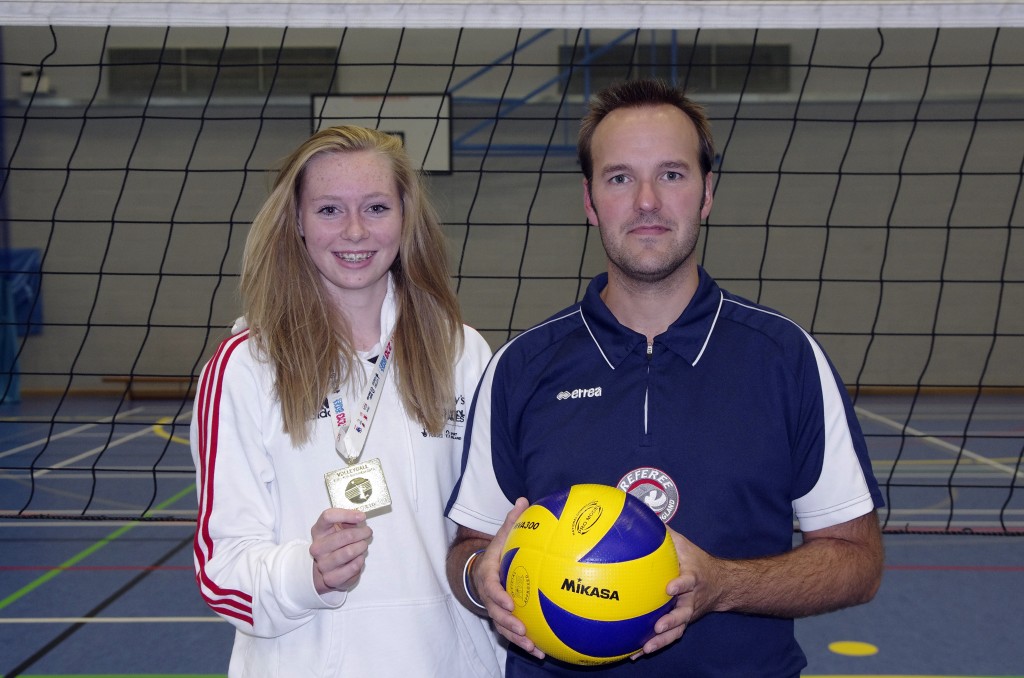