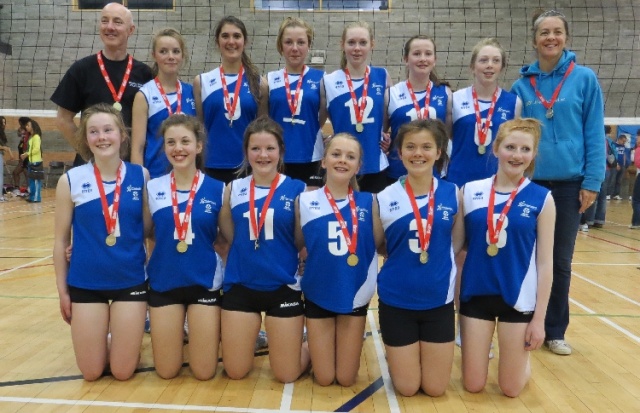 Congratulations to the South West U16 Girls Squad for winning this year’s Inter Regional Competition held at the National Volleyball Centre, Kettering. The squad was unbeaten during the two days of competition; dropping only 3 sets on the way to overall victory.  The girls received many compliments throughout the weekend, they were technically the best players and tactically the best squad. 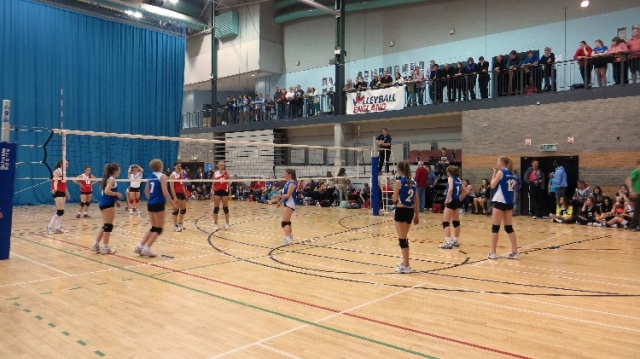 A 2-1 victory against West Midlands in the last pool game on Sunday morning kept the South West in first place. This set up a semi final game against a London team who had improved over the competition after suffering an early 2-0 defeat to the South West on Saturday morning. 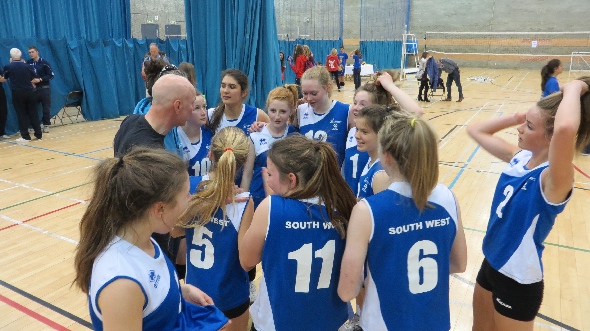 The South West proved too strong for the London squad winning the game 2-0 and securing a place in the finals; the first time since 2010. The second semi final was a closely fought match between the East and the South-East (last year’s winners) with the East becoming eventual winners 2-1. 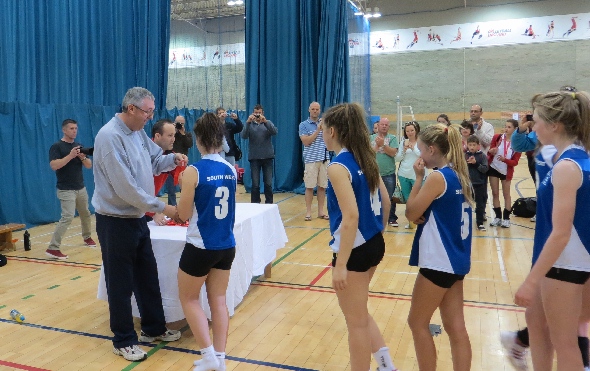 The final was played in front of a large and noisy crowd and didn’t fail to deliver. The South West served and attacked with power and defended with skill and agility to take the first set. The East responded well and took an early lead in the second set. The South West battled hard and eventually drew even and went on to win what could be described as an awe-inspiring victory. 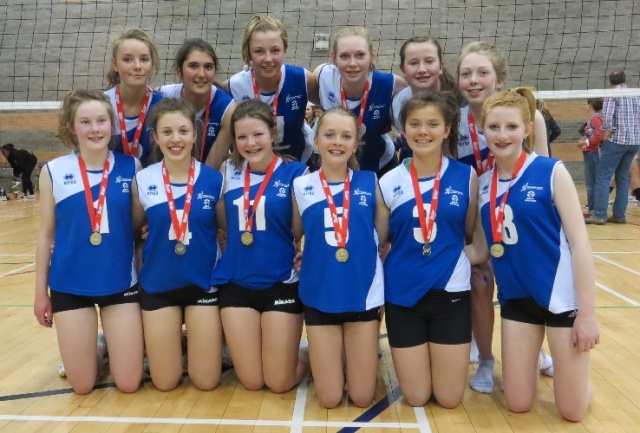