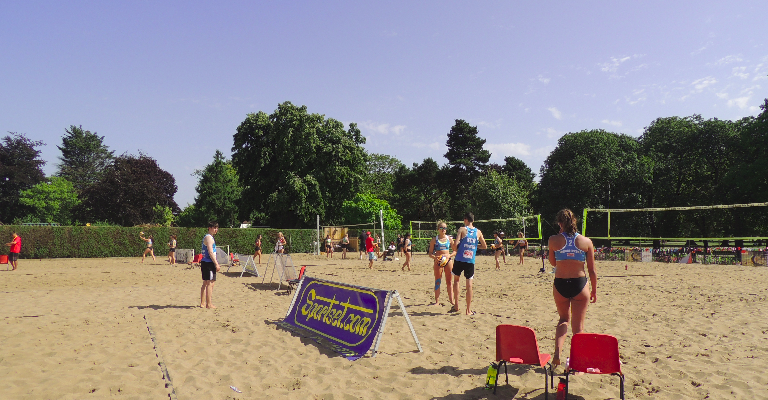 32 teams from England, Scotland, Northern Ireland and Wales were in action on the first day of the Home Nations Junior Volleyball Cup held at the Cardiff Beach Volleyball Centre in Wales.

The unique format sees 2 pairs per team competing against each other team with a ‘golden set’ decider played when the teams draw.

The competition is the brainchild of Denise Austin who has been developing Beach volleyball in England and the UK since 1996. Denise is an avid follower of the growing beach volleyball scene in universities in the USA and enthuses ‘The squad mentality with over 20 players competing for 10 places in the college competitions means the game is developing massively and reaching new heights for the US’.

The competition gives a completely different look to Beach selection and meaning that not just 2 players are given exposure to the international development experience. The home Nations have bought into the concept.

Everyone can see the potential to grow their programmes and encourage more players into the game.

Volleyball England Core Market Director Freda Bussey has been working as Tournament Director at the event and sees it as a big success for beach volleyball. It has also been a great opportunity to give new and developing coaches the opportunity to experience match coaching at an international event. 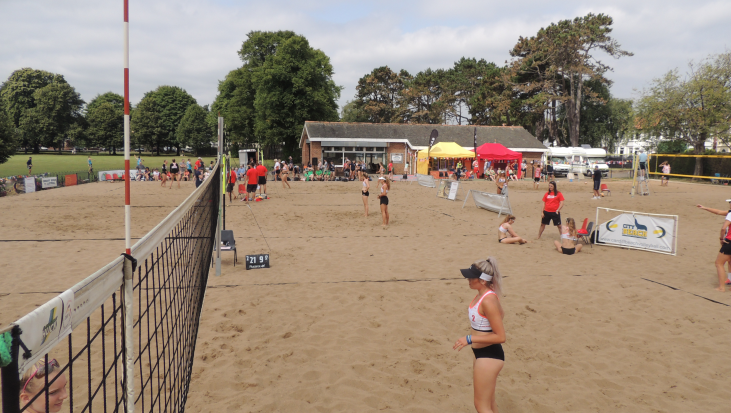 SWVA players have made a successful start to the competition for their respective squads, all have more pool matches today (Tue) leading to the knock out stages later today and tomorrow. 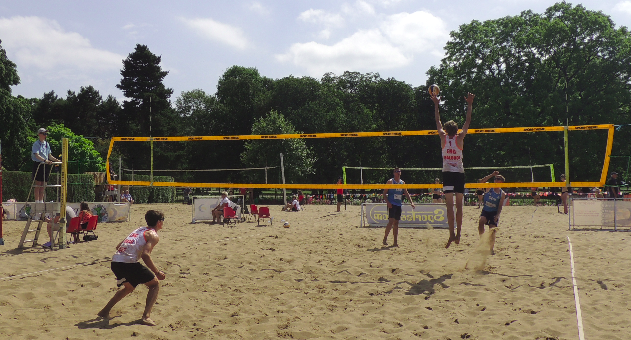 Full results, photos, video highlights and up to three live video feeds from the venue can be seen on the Inter-Beach website www.inter-beach.net