Academy of Beach Sports Qualifies for the Final 8’s

The Academy of Beach Sports has made history in its short life by qualifying for the finals eights of the Volleyball England Under 18 Cup. “We have never before got beyond the second round this is a landmark achievement as it has taken five years to get to this point. Having Millie Constable, Anaya Evans and Ellie Cranch gain international experiences this year has meant that the standard of play of the individuals has risen but so has their expectations of themselves. Most of our players have been taking themselves off to SW and and South training to gain more exposure to higher levels of competition and it is starting to show.

We are growing as a club which is a beach volleyball academy and therefore extending our player network, Plymouth Marjons has juniors playing but not enough to form an indoor team, Steve Allen the head coach and I have started to look at how we create teams that pull more of our players together to enter more teams into the cup next year” 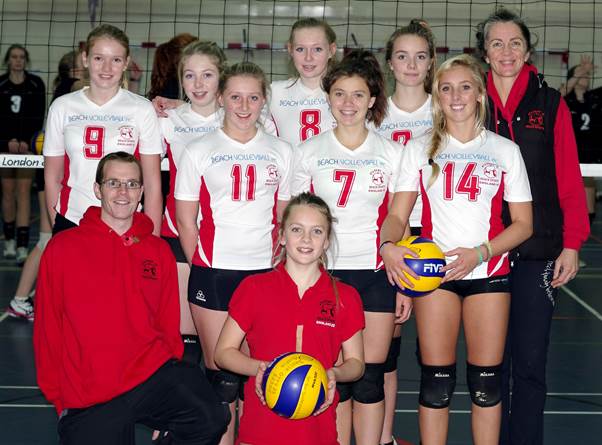 “What was so impressive was their nerve, we have worked hard on the mental side of the game this year, maintaining technical focus when the pressure is on to remove the pressure and focus on the important things, being able to be merciless at the right time and put the opponents on the back foot, at this level anything can happen but if you come out fighting and don’t give up until the end then you never know when the game will take a twist in your favour, the set scores show they held their nerve to win at crucial times”